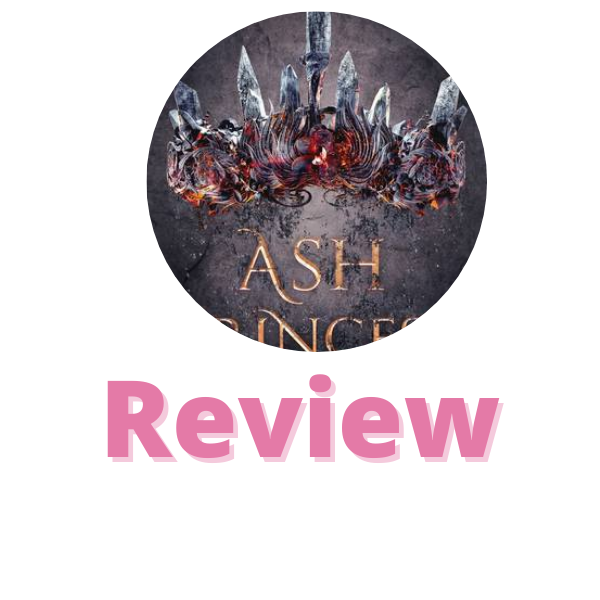 Theodosia was six when her country was invaded and her mother, the Fire Queen, was murdered before her eyes. On that day, the Kaiser took Theodosia’s family, her land, and her name. Theo was crowned Ash Princess–a title of shame to bear in her new life as a prisoner. For ten years Theo has been a captive in her own palace. She’s endured the relentless abuse and ridicule of the Kaiser and his court. She is powerless, surviving in her new world only by burying the girl she was deep inside.

Then, one night, the Kaiser forces her to do the unthinkable. With blood on her hands and all hope of reclaiming her throne lost, she realizes that surviving is no longer enough. But she does have a weapon: her mind is sharper than any sword. And power isn’t always won on the battlefield.

For ten years, the Ash Princess has seen her land pillaged and her people enslaved. That all ends here.

Theo — now Thora — was once the Princess of the realm. An invading king killed her mother and kept her captive until Theo, forced to make a hard decision decides to start fighting back.

Oh wow! I just picked this up when I was at work the other day because the cover looked so cool. I’m a sucker for cool covers. I opened the first page, read the prologue and went “Yep. This definitely seems like the book for me.”

And hurrah! I was right! It was for me! In all the right ways I loved it. First of all, Theo. Theo is an amazing character. Because you see her growth and change. You see that she is fighting, but trying to fight in her own way. She wants to be good, to do good, but she also knows she can’t do it without a little sacrifice. Without a doubt, Theo is now one of my favorite female characters of all time for a YA fantasy series. I find her likable, and far from annoying. She has a strength that I adore.

The romance was there, but toned down. I like how although it definitely seems love triangle-y, it isn’t totally that way. There are nuances to it and I really appreciate that. I normally can’t abide love triangles. I always inevitably get irritated at them, but Sebastian did this one well. Yay!

The plot too, is good. It isn’t overly intricate, but it didn’t have to be. You know clearly where this is going, and it is going to set us up for another book. I can’t wait to read it, because I’m hoping it will be as awesome as this one is!

I think the villain was very obvious, and not a lot of nuance to him, but our future enemy for Theo is going to be awesome. I am going to be eagerly waiting to see how that plays out, because we only got one side of them before from Theo’s view. I hope to see more of what happens between them.