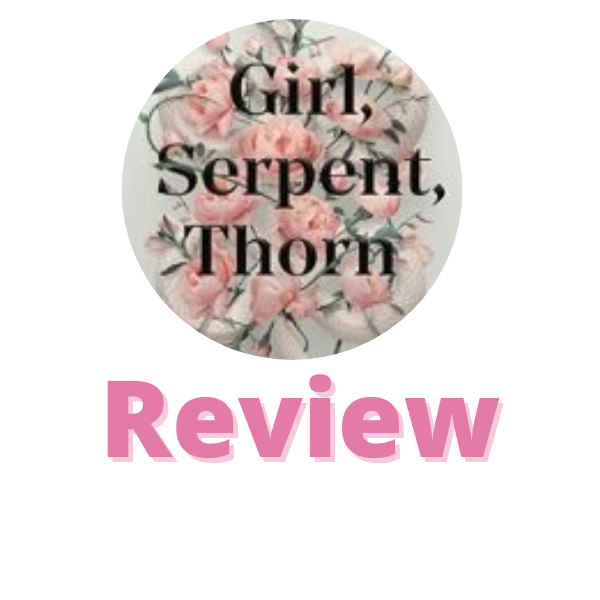 There was and there was not, as all stories begin, a princess cursed to be poisonous to the touch. But for Soraya, who has lived her life hidden away, apart from her family, safe only in her gardens, it’s not just a story.

As the day of her twin brother’s wedding approaches, Soraya must decide if she’s willing to step outside of the shadows for the first time. Below in the dungeon is a demon who holds knowledge that she craves, the answer to her freedom. And above is a young man who isn’t afraid of her, whose eyes linger not with fear, but with an understanding of who she is beneath the poison.

Soraya thought she knew her place in the world, but when her choices lead to consequences she never imagined, she begins to question who she is and who she is becoming…human or demon. Princess or monster.

Sometimes I agree with hype surrounding books, and other times I don’t. I had seen so many good reviews for this book. I wanted an ARC of it at YALLFEST but didn’t receive one. I almost bought this book. I am in a way, glad I didn’t. I sadly got into the hype for this book, and while I didn’t love the authors other book, I figured I might like this one. Suffice to say, I didn’t enjoy this book nearly as much as others did. In fact, I can put my finger on some reasons it didn’t work for me, but generally I was left feeling unsatisfied after I read the book.

The biggest thing was the romance. I felt it could have had so much potential, but instead it felt quite underdeveloped. It also just didn’t work for me. I love Soraya, but felt that her romance did not work in this book. I wanted so much more out of it, but instead it just felt awkward to me. There were some great moments. In the end, I wanted MORE of what we were getting rather than less.

Soraya was one of my favorite parts of this book. She was such a great character that had nuance. She was such a lovely character to root for, and you can’t help but love her, even if she does make mistakes. There is something comforting in a heroine that is allowed to make them and isn’t perfect. And the story of the duality? I thought that tied in really well with the overarching theme of the book. And that’s the thing, there were so many moments of Soraya being relatable or fun to cheer on, and then there were moments I was just confused by the choices the author made.

I wasn’t overwhelmed by the plot. I felt it was rather typical, but there is nothing inherently wrong with that. I think the combination of the plot, pacing (lack of) and the underdeveloped romance was what got me thinking this was 3.5 stars versus four. I just didn’t think the pacing worked halfway through. It felt weird to me, and not like it matched up at all.

However, the writing was beautiful and luxurious. I love her writing so much. I think it was fantastic and it is one of the reasons why I kept reading, because it didn’t feel like a hardship with that writing. Another thing I really liked was the world building. I think it was spectacularly done, and I really could feel the world around me. But it just felt like neither of those things were enough to push it to the four star rating for me.

I’m not quite sure what else to say about this book, because while I enjoyed it, I didn’t like it as much as others have!