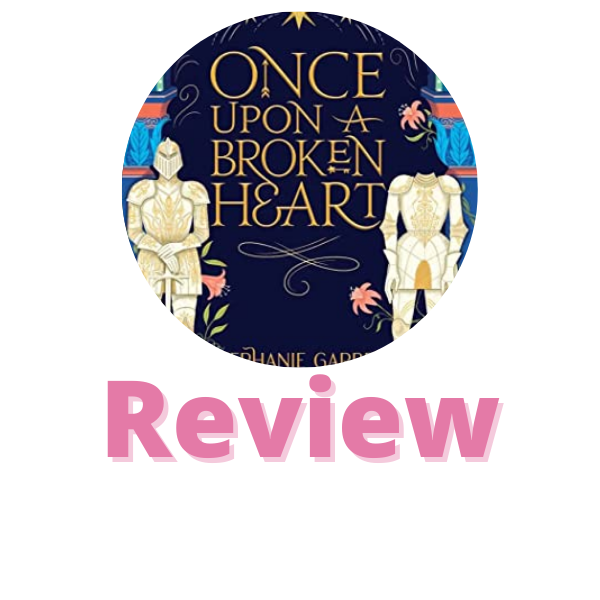 Once Upon a Broken Heart

Evangeline Fox was raised in her beloved father’s curiosity shop, where she grew up on legends about immortals, like the tragic Prince of Hearts. She knows his powers are mythic, his kiss is worth dying for, and that bargains with him rarely end well.
But when Evangeline learns that the love of her life is about to marry another, she becomes desperate enough to offer the Prince of Hearts whatever he wants in exchange for his help to stop the wedding. The prince only asks for three kisses. But after Evangeline’s first promised kiss, she learns that the Prince of Hearts wants far more from her than she’s pledged. And he has plans for Evangeline that will either end in the greatest happily ever after, or the most exquisite tragedy…

Once Upon a Broken Heart takes place in the same world as Caraval. I enjoyed the series, but I was unsure if I was going to actively pick up OUABH. Thankfully for me, Fairyloot was including it in a subscription box and therefore I didn’t have to fuss with whether I wanted the book or not. (I’m glad I got it, because I did enjoy it immensely!)

This book can be read without having read Caraval. Characters that appear in Caraval do appear in this one, and events are mentioned, but honestly, it stands on its own well. This is nice because in some ways I liked this book more than the Caraval series. Why? Well, there are several reasons I liked this book more. I found the characters more fascinating, and there was a bunch of intrigue going on, which I always love when that is included in a book to do with royalty. I also found the characters more dynamic overall.

And nothing is ever as it seems with this book. I adore our main character, Evangeline. I love her personality and I love that she tries to see the best in everyone, and just…there was something magical about her. I adored her.

And oh, Jacks, you infuriated me in the best of ways. I wanted to strangle and slap you in equal measures. Like I said, I have many feels about Jacks. Jacks is one of those characters that is morally grey, so if you like that type of thing, you will LOVE him for that.

Plus, there’s the prince as well – and you can’t forget the stepsister either! (And a few Fates tossed in for fun as well) I mean…what could go wrong? (Everything.) One thing Garber always does really well is sibling relationships. I loved it just as much in this one as I loved it in the Caraval series.

My head was whirling through this entire book because the CAST WAS AMAZING. We have so many characters and not many answers. It was a guessing game, and I guessed wrong every time. (I’m apparently a terrible guesser)

Anyways, I did enjoy the book, and I can’t believe how long I have to wait for the next book to come out. I do not want to have to wait!