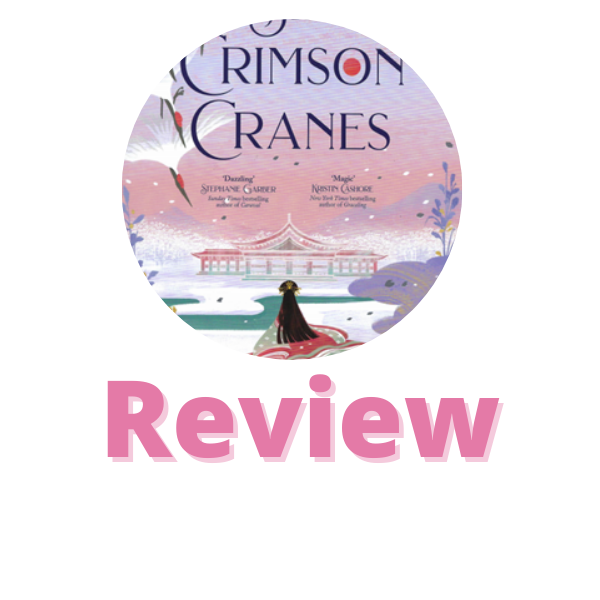 Shiori, the only princess of Kiata, has a secret. Forbidden magic runs through her veins. Normally she conceals it well, but on the morning of her betrothal ceremony, Shiori loses control. At first, her mistake seems like a stroke of luck, forestalling the wedding she never wanted, but it also catches the attention of Raikama, her stepmother.

Raikama has dark magic of her own, and she banishes the young princess, turning her brothers into cranes, and warning Shiori that she must speak of it to no one: for with every word that escapes her lips, one of her brothers will die.

Peniless, voiceless, and alone, Shiori searches for her brothers, and, on her journey, uncovers a conspiracy to overtake the throne—a conspiracy more twisted and deceitful, more cunning and complex, than even Raikama’s betrayal. Only Shiori can set the kingdom to rights, but to do so she must place her trust in the very boy she fought so hard not to marry. And she must embrace the magic she’s been taught all her life to contain—no matter what it costs her.

I was SO excited for Six Crimson Cranes because I adored her Blood of Stars duology. This was Fairyloot’s July book pick, and the book is absolutely stunning!

I went in with high expectations for this one. I didn’t end up loving this one as much. I did still find it enjoyable, just not to the extent that I liked her other series. This was not a bad book by any stretch of the imagination, but there were a few parts in it that I didn’t love as much. I knew that this was a retelling, but I don’t think I’ve ever read the original, so I went into this without any preconceived notions about what to expect in regard to the original versus the retelling. That is a benefit to me, and usually works out better.

Things that I really liked about the book: the writing. Lim is a magical writer. She is one of those that seems to write so effortlessly and draw you into a story just through her writing alone. She is supremely talented and this book is no exception. It is just as well written as her first books, and that made for a great reading experience even when I had issues with some parts of the book. A big clap for Lim because she makes books so easy to read.

The first issue that I had was the pacing. The pacing in this book I struggled with. I don’t know why, but I felt it was slow at times and dragged the story down a little bit. It wasn’t horrendous but I did struggle with that. It just didn’t work for me. I felt that some of the sections were more drawn out than they needed to be which made the experience a little difficult.

The plot was good though! I liked the plot for the most part, and the further we got in, the more intricate it became. We find little teasers that lead us to the end of the book (which I thought was a standalone…it is not) and the ending! The ending was very amazing and not at all what I expected to happen.

Shiori was a nice character, but at times I struggled with her. The other issue was that the idea of no talking and the lack of dialogue made her have a lot of inner thoughts, and some of it was frustrating for me. I think the idea was cool, but the execution of it didn’t really work for me. I think this tied in with the pacing, so I believe they end up being one in the same. I like a bit of dialogue, and I just felt like I struggled with it in this book.

I loved the relationships in this book, as always I really enjoyed how Shiori interacted with her family, and the slow build romance was nice as well.

Overall, I think this was a good book and I enjoyed it! I’ll pick up the sequel at some point for sure.