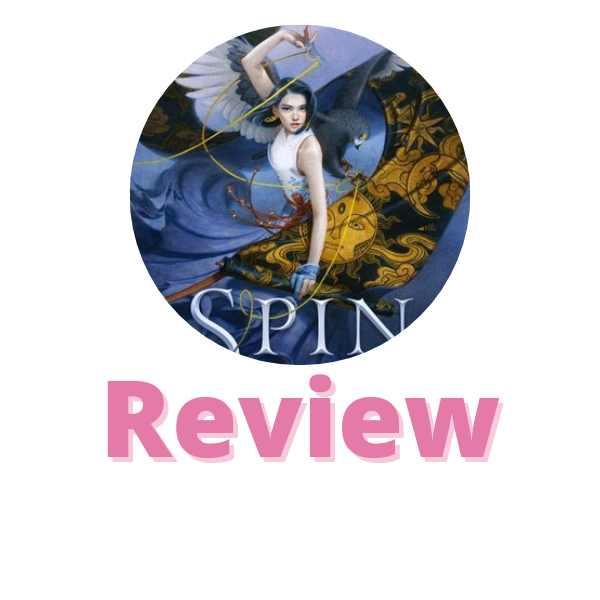 Maia Tamarin dreams of becoming the greatest tailor in the land, but as a girl, the best she can hope for is to marry well. When a royal messenger summons her ailing father, once a tailor of renown, to court, Maia poses as a boy and takes his place. She knows her life is forfeit if her secret is discovered, but she’ll take that risk to achieve her dream and save her family from ruin. There’s just one catch: Maia is one of twelve tailors vying for the job.

Backstabbing and lies run rampant as the tailors compete in challenges to prove their artistry and skill. Maia’s task is further complicated when she draws the attention of the court magician, Edan, whose piercing eyes seem to see straight through her disguise.

And nothing could have prepared her for the final challenge: to sew three magic gowns for the emperor’s reluctant bride-to-be, from the laughter of the sun, the tears of the moon, and the blood of stars. With this impossible task before her, she embarks on a journey to the far reaches of the kingdom, seeking the sun, the moon, and the stars, and finding more than she ever could have imagined.

Announced as a crossover between Project Runway and Mulan I was a bit skeptical. Mostly because I had a bit of a hard time combining those two thoughts. But I love the story of Mulan, and the idea was super interesting so nevertheless I wanted to read this book. I sort of knew what I was expecting when I went in — but I ended up really liking it.

First off, Lim’s writing is amazing. She weaves this beautiful world with her writing. I was engrossed from the very first, and I couldn’t be more delighted by that fact. There was something so spell binding about it, and I couldn’t put it down. (I read it all in one sitting.)

Okay, now I’m done raving about the writing, lets get to the meat of the book itself.

The plot: I was expecting a base plot, and while it definitely had Mulan vibes and Project Runway vibes it was far more than that. It was a beautifully crafted plot from the outset. You have the typical set up for your usual YA heroine, and from there it diverges not too much. She must compete in this competition, and she must survive sabotage attempts — and a journey to collect rare ingredients to make three legendary dresses.

The plot doesn’t diverge very much from that, it’s quite succinct, and it flows very nicely. It is fast faced and I don’t get bored from long, drawn out descriptions or random names thrown at me.

The characters: we have a few main characters, but the two main ones are Maia and Edan. As we get further in the book more and more is revealed about these two, and the relationship between them, because what would a YA book be without romance? I can’t even say I hated the romance, I didn’t. It was obnoxious like some romances can be. In fact, I rather enjoyed the build up of romance.

But Maia was a great character. She definitely had her flaws, but she was also determined and she stuck to her guns even when she could have done something different to make the path easier for her. I really liked Maia, and I was cheering for her the whole way.

In the end, I thought this had a very Tamora Pierce vibe to it (expect her romances were longer and more drawn out for the most part) but it also had echoes of things like Sarah J Maas.

I am ridiculously excited for the next book in the series!