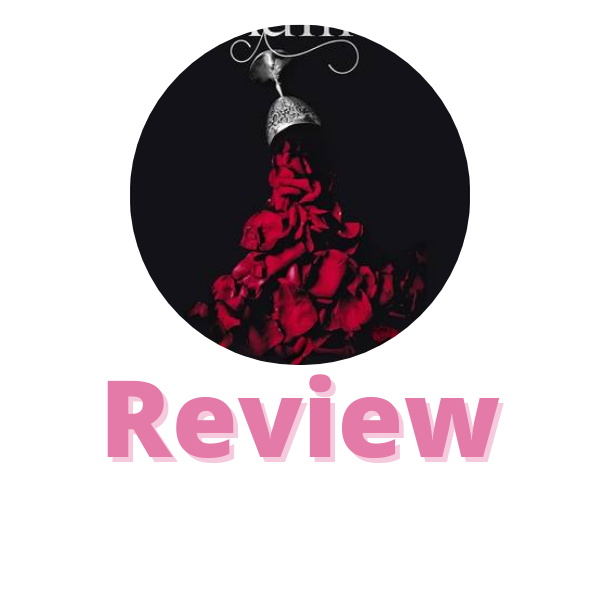 In 1872, New Orleans is a city ruled by the dead. But to seventeen-year-old Celine Rousseau, New Orleans provides her a refuge after she’s forced to flee her life as a dressmaker in Paris. Taken in by the sisters of the Ursuline convent along with six other girls, Celine quickly becomes enamored with the vibrant city from the music to the food to the soirées and—especially—to the danger. She soon becomes embroiled in the city’s glitzy underworld, known as La Cour des Lions, after catching the eye of the group’s leader, the enigmatic Sébastien Saint Germain. When the body of one of the girls from the convent is found in the lair of La Cour des Lions, Celine battles her attraction to him and suspicions about Sébastien’s guilt along with the shame of her own horrible secret.

When more bodies are discovered, each crime more gruesome than the last, Celine and New Orleans become gripped by the terror of a serial killer on the loose—one Celine is sure has set her in his sights . . . and who may even be the young man who has stolen her heart. As the murders continue to go unsolved, Celine takes matters into her own hands and soon uncovers something even more shocking: an age-old feud from the darkest creatures of the underworld reveals a truth about Celine she always suspected simmered just beneath the surface.

Celine is new to New Orleans. She is running from her past in Paris, but in New Orleans she isn’t safe either. As she makes new acquaintances, dead girls begin popping up all over the city. Celine decides to do something about it, but what she uncovers, well, is shocking to say the least.

A story in which vampires are done well, and are not, actually, good people. So I grew up loving Anne Rice books. Interview and Lestat were two of my favorites. But later I also read and loved Twilight (which I have a different opinion on now, than I did 10 years ago). I like vampire books in general, but sometimes I feel like they’re a bit rocky, or they didn’t work. In any case, I am so PLEASED that I absolutely, unerringly adore this book. It’s so far beyond fabulous that when I closed it I said, “There better be another book because I am going to die if that’s the end.” I am glad, that it is not.

I am struggling putting words to the million and one feelings I have running through me regarding this book. I’m all over the map – it was just so excellent that I can’t believe it’s over. I think I’m still in denial about it. Anyways, you’re here to read my thoughts on it, not hear me ramble.

Perhaps New Orleans was not what it seemed at first glance. Fittingly, neither was she.

First off: the plot is not strictly speaking, about vampires. It barely features vampires at all. They’re there but in the background. Do not let this put you off. It was done so well, that the fact that it didn’t have vampires in a leading roll did not bother me. And as you read, you’ll find out why. I don’t want to spoil too much of the plot line. The dead girls plot and Celine’s detective work? Spot on. I really enjoyed those portions. The plot has lots of moving parts, and as they come together at the end, prepared to be shocked. Or not. But I was.

And that might be the crux of it for some people, this wasn’t very fast paced. There wasn’t heaps of action. Things happened, yes, but they were spooky than they were action. I really enjoyed that about this book though. It was spooky, a tiny bit creepy and had a lot of atmosphere. All of it combined made it a great read.

I think Celine is interesting enough without being perfect. She’s a character, and she’s done something wrong – and she’s running from her past. But she also makes mistakes with her “friends”. And there isn’t anything easy about her. She is very much a flawed character. It’s nice. But she’s also powerful in her own right and I enjoyed those parts immensely.

He was…truly beautiful. Like a prince from a dark fairy tale.

And her romance with Bastien. Heaven help me, I normally can’t get behind romances, but this was done so well. It was sort of insta-love, sort of not. It’s really hard to explain, but I was drawn in by it. Absolutely thrilled with it. I think Ahdieh created a powerful romance between the two of them. I certainly was invested in them by the end. They also have the banter I like and enjoy…lots of it. And her inner thoughts are hilarious as well.

But she refused to waste more time contemplating that wretched boy and his ridiculous pet snake.

The other characters were great as well, you had lots of minor characters flowing in and out, but they were all different enough that you weren’t trying to keep them apart. Or at least, I wasn’t.

The writing was fantastic in this book. Ahdieh is a powerful writer, and I felt every moment of this book, and I did not want it to end. The words lush, and delightful both apply to this book. It felt as if I could really be there she painted such a clear picture for us. This was definitely a five star read for me.