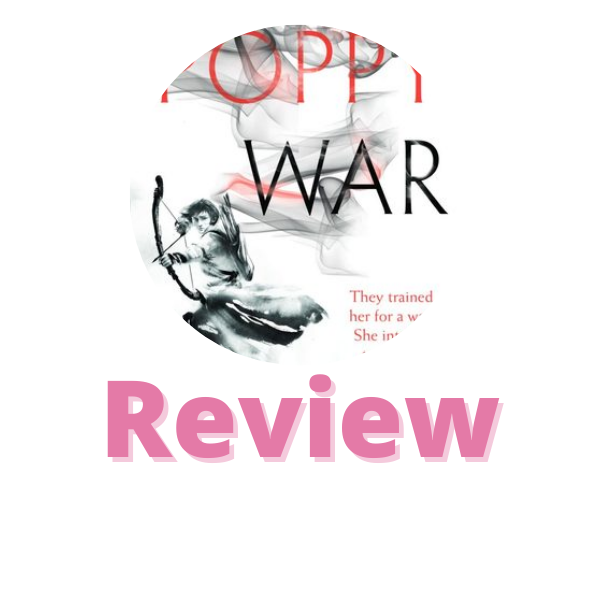 When Rin aced the Keju—the Empire-wide test to find the most talented youth to learn at the Academies—it was a shock to everyone: to the test officials, who couldn’t believe a war orphan from Rooster Province could pass without cheating; to Rin’s guardians, who believed they’d finally be able to marry her off and further their criminal enterprise; and to Rin herself, who realized she was finally free of the servitude and despair that had made up her daily existence. That she got into Sinegard—the most elite military school in Nikan—was even more surprising.

Because being a dark-skinned peasant girl from the south is not an easy thing at Sinegard. Targeted from the outset by rival classmates for her color, poverty, and gender, Rin discovers she possesses a lethal, unearthly power—an aptitude for the nearly-mythical art of shamanism. Exploring the depths of her gift with the help of a seemingly insane teacher and psychoactive substances, Rin learns that gods long thought dead are very much alive—and that mastering control over those powers could mean more than just surviving school.

For while the Nikara Empire is at peace, the Federation of Mugen still lurks across a narrow sea. The militarily advanced Federation occupied Nikan for decades after the First Poppy War, and only barely lost the continent in the Second. And while most of the people are complacent to go about their lives, a few are aware that a Third Poppy War is just a spark away . . .

Rin’s shamanic powers may be the only way to save her people. But as she finds out more about the god that has chosen her, the vengeful Phoenix, she fears that winning the war may cost her humanity . . . and that it may already be too late

Rin passes the tests that most commoners can’t — and is excepted into an elite military school where her training begins. It is not easy. But her home is at war with another country — and peace treaties are so fragile. At the same time it seems strange powers are manifesting in Rin — powers of a shaman. Will she be able to harness them or will she lose her mind in the process?

The first time I heard about The Poppy War was on twitter. I was intrigued by all the people raving about it, and decided I needed to see what this book was all about. I thought the whole thing sounded so interesting and I was eager to get my hands on it. It took a little while, but I did finally get a chance to read the book, and I am so glad that I did.

Only her mind was full, crammed with an insane number of mathematical formulas and poems and treatises and historical dates to be spilled out on the test booklet. She was ready.

I have a lot of feelings about this book. I was thrown from one end of my emotions to the other. It was a fantastic book and I adored it. There were some parts that were really dark in this book, and it was graphic too. Not all of it, just several portions. It does deal with war, and there are some disturbing scenes in it. I know I had to skim some of it. At the same time I think it added some depth to what was going on. But it is definitely not for the faint of heart.

She understood very little of what she read.

Rin essentially is a shaman, and she has powers to commune with the gods, and a good portion of the book was built on establishing what types of connections there are with those gods. And the further along you get in it, the more interesting it becomes. It is altogether a really exciting journey to take with Rin.

I loved Rin – and I think she is a supremely convoluted character. She is multifaceted and she is not perfect, she makes plenty of mistakes. She has growth, but not always in the direction you expect or want her to take. You also get lots of different point of views from other characters throughout the book as well. And you are very much left to decide what exactly is true and what is not. I was highly impressed with the characterization of all the characters in this book. None of them were boring to me, they all had parts to play, and I didn’t hate any of them that I was supposed to love or at least minimally like. There was growth in side characters as well and I appreciated that as well.

She had bribed a teacher. She had stolen opium. She had burned herself, lied to her foster parents, abandoned her responsiblities at the store and broken a marriage deal.

I think the world building was fabulous. I didn’t feel overwhelmed with knowledge at the very beginning, it was paced out and it didn’t feel necessary to know everything at one time.

The writing in this book was on point. Kuang is a great writer, and I think that she is so talented. Honestly, the amazing writing is what helped make this a five star read for me. No two ways about it, Kuang is amazing and I am so impressed. I was drawn in from the very first lines to the very last lines.

I was left devastated at the end of the book. I wanted more immediately. I was hooked, and I couldn’t put it down!