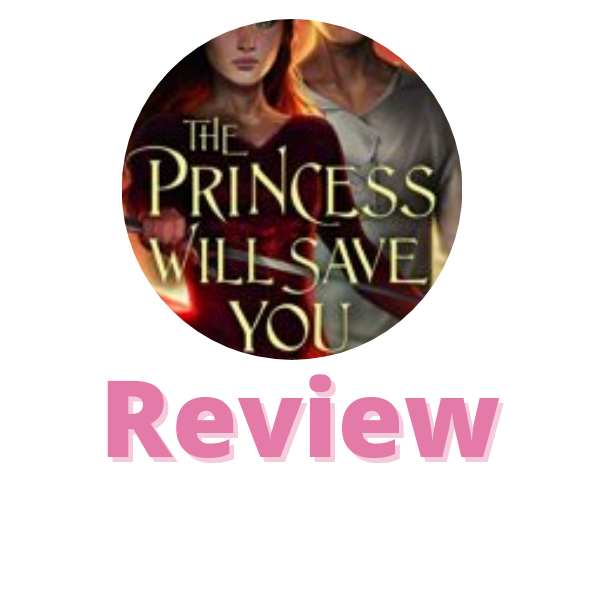 The Princess Will Save You

When a princess’s commoner true love is kidnapped to coerce her into a political marriage, she doesn’t give in—she goes to rescue him. When her warrior father, King Sendoa, mysteriously dies, Princess Amarande of Ardenia is given what would hardly be considered a choice: Marry a stranger at sixteen or lose control of her family’s crown. But Amarande was raised to be a warrior—not a sacrifice. In an attempt to force her choice, a neighboring kingdom kidnaps her true love, stable boy Luca. With her kingdom on the brink of civil war and no one to trust, she’ll need all her skill to save him, her future, and her kingdom.

Thank you to Netgalley for an advanced copy of this book in exchange for an honest review.

The Princess Will Save You was such an interesting take on the damsel in distress trope. It was magnificent in many ways (and that ending!!!) because it took the idea of being a Princess and did something more with it. Yes, the Princess wears dresses but she can also fight! I really loved the components of this book and how they all meshed together. I will admit, this was one of my most anticipated reads and I was seriously worried that it wasn’t going to live up to my expectations, but it really was a brilliant book and I very much enjoyed reading it.

I really love Henning’s writing. It helps the book shine and stand out. Her writing is easy to read, and flows beautifully. I get sucked in and it works well. This book is a bit less prose-filled that Sea Witch was, but it also has a completely different tone as well. This book in fact impressed me with all the dialogue. There were some amazing dialogue scenes throughout this book that really popped to me, especially some of the ones that were in the beginning. I think that Henning’s writing really helped with the pacing as well.

One of the few issues I had with this book was the pacing wasn’t for me. The beginning was very engrossing and I was desperate to see what happened next, and yet, we get towards the middle of the book, and I feel like it lost steam. There are points in the book in which the pacing felt a little off overall to me, and while it wasn’t a big thing, I did feel it felt off for me. I was never thrown out of the book by the pacing, but I did have a few moments where I was tempted to skim the book.

The plot was a little more complicated than a damsel in distress story. There are other underlying factors as well. And I think that is where some of the pacing got a little confused. You’ve got several different plot strands all running at the same time, and there was a bit of bouncing back and forth, which I really think was the main issue. They do work together, and I did like seeing how everything was coming together, I just felt better transitions would have helped smooth out some of the problems I had. Anyways, I really enjoyed the plot and I was rooting for Ama the whole time and screaming the other half of the time.

I will admit, I loved Ama as a character. She was a good mix of characteristics that I felt made her feel “real” to me. You also have several sets of adversaries in this book, and you want them all to fail so that Ama can triumph. Or at least, that was the way that I felt when I read the book. I liked that I hated all the “bad” characters because I was practically shouting the whole time in my anger at them. Henning did a good job crafting the bad guys. She made them totally unlikeable. Overall, I didn’t mind the romance in this book, but I do wish it had been a bit more developed!

The world building in this was just enough to give you a taste, but not so overwhelming that you were getting all worldbuilding and nothing else. I felt that it did what it needed to do to push the story forward.

My last thoughts are: I THOUGHT THIS WAS A STANDALONE. But that ending makes me think otherwise, and now I have to wait for another book? I don’t want to!!! Anyways, I really did enjoy this book, and it was cute!

3 thoughts on “The Princess Will Save You”