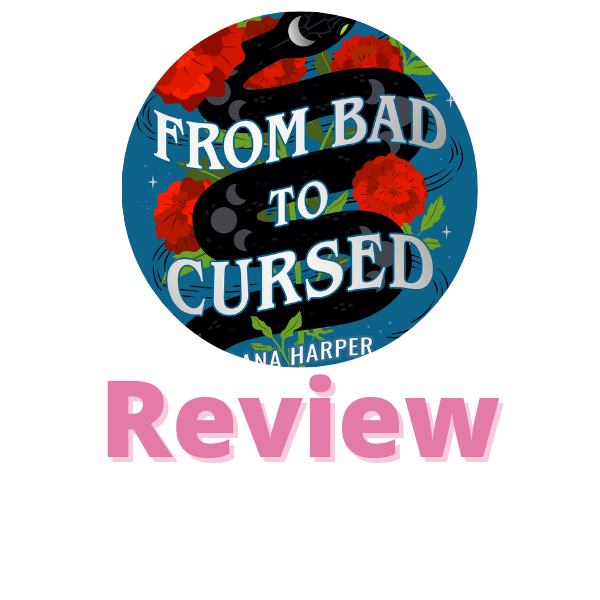 From Bad to Cursed

Wild child Isidora Avramov is a thrill chaser, adept demon summoner, and—despite the whole sexy-evil-sorceress vibe—also a cuddly animal lover. When she’s not designing costumes and new storylines for the Arcane Emporium’s haunted house, Issa’s nursing a secret, conflicted dream of ditching her family’s witchy business to become an indie fashion designer in her own right.

But when someone starts sabotaging the celebrations leading up to this year’s Beltane festival with dark, dangerous magic, a member of the rival Thorn family gets badly hurt—throwing immediate suspicion on the Avramovs. To clear the Avramov name and step up for her family when they need her the most, Issa agrees to serve as a co-investigator, helping none other than Rowan Thorn get to the bottom of things.

Rowan is the very definition of lawful good, so tragically noble and by-the-book he makes Issa’s teeth hurt. In accordance with their families’ complicated history, he and Issa have been archenemies for years and have grown to heartily loathe each other. But as the unlikely duo follow a perplexing trail of clues to a stunning conclusion, Issa and Rowan discover how little they really know each other… and stumble upon a maddening attraction that becomes harder to ignore by the day.

It was a huge surprise for me! I enjoyed this book so much. There was just something about it that worked for me; but hadn’t quite worked for me in the first book. Maybe this is a sign I need to go back and try the first book again!

And Rowan was SO SO adorable. I loved when he was being so gentle and caring. It made me melt. We didn’t get as much relationship with Rowan and his family, but I like how Harper showed that Issa and Rowan had good, but different, relationships with their parents.

Oh, did I mention that this was an enemies to lovers romance? No? It is. And it is well done. One thing I really appreciated about this book is that miscommunication isn’t a huge trope, but done here, it was  done right. I was very impressed with Harper for that.

This isn’t what I would call a super spicy book, it has a few spicy scenes, but by and large the book is focused on the mystery and the relationships between the characters. There are a few plot points that made me laugh, and I just loved how it was opposites attract romance too. Rival families…it pretty much hit on all the things I love.

Harper is also a great writer. It’s bliss to read this book, because the cadence and the pace of the book. Also, there is an atmosphere to this book. It reminds me of a cozy mystery, but with witches. And diversity.

There were a few important conversations had in this book regarding racism and prejudice (Rowan is a Black man).

Talia and Emmy were back (briefly) in this one, so we heard how much they were into each other. It was adorable! (I really do plan to go back and read the first book…)

I will say, Issa felt like such a strong character, but she hits a point in this book where she becomes overwhelmed. I loved the representation of anxiety and trying to deal with it on your own because you’re supposed to be “strong”.

Overall, this was a fantastic read and I highly recommend that you add it to your shelves! I know I want to!

P.S. the title is so cute too. I totally forgot I had DNF’d Paybacks a Witch until I requested this ARC, got approved and went to look. This is what happens when pretty covers and cool descriptions are briefly looked at, and not read all the way through. I guess I didn’t realize this was a sequel. 🙈