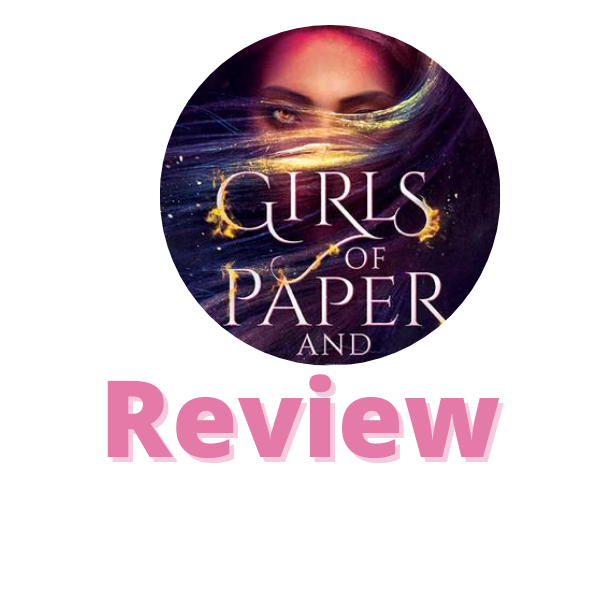 Girls of Paper and Fire

Each year, eight beautiful girls are chosen as Paper Girls to serve the king. It’s the highest honor they could hope for…and the most demeaning. This year, there’s a ninth. And instead of paper, she’s made of fire.

In this richly developed fantasy, Lei is a member of the Paper caste, the lowest and most persecuted class of people in Ikhara. She lives in a remote village with her father, where the decade-old trauma of watching her mother snatched by royal guards for an unknown fate still haunts her. Now, the guards are back and this time it’s Lei they’re after — the girl with the golden eyes whose rumored beauty has piqued the king’s interest.

Over weeks of training in the opulent but oppressive palace, Lei and eight other girls learns the skills and charm that befit a king’s consort. There, she does the unthinkable — she falls in love. Her forbidden romance becomes enmeshed with an explosive plot that threatens her world’s entire way of life. Lei, still the wide-eyed country girl at heart, must decide how far she’s willing to go for justice and revenge.

Lei’s mother was taken years ago, and now Lei is as well. Forced to become a Paper Girl in the palace, Lei does her best to keep herself. Lei dreams of escape, and as she does she falls in love. But something is brewing: a plot to unseat a king, and Lei has become enmeshed in it. Will Lei find the strength to fight for her freedom?

“In six months, when I turn eighteen, the pendant will open and its answer will finally be revealed.”

I first read this book months and months ago. I struggled to get into it. I had issues getting past the first part of the book, I’ve never liked the casual death of animals authors use. And pretty much after that I didn’t want anything to do with the book and skimmed it. I remember some parts, and so when I read it this time there were parts that still surprised me. Which is good, because it was essentially reading the book for the first time. Do I regret giving up on it before? No, because it might not have been the right time to read it. It was now though.

I’m torn over a star rating for this. It hovers between a 3.5 and a 4 star rating. And I can’t make up my mind. But, hopefully here I will discuss why it’s that rating instead of the former 2 that I gave it. My former review talked about the writing and the plot, and I need to revise that a bit. Well, the writing part. Maybe not so much the plot part.

The writing was stellar. I am now 100% sure I was just in the wrong mood for it in January. I also had read it as an e-book, and this time I read it as a physical book. That might have made the difference. Anyways, I loved the writing this time. Ngan did a great job at the prose and descriptiveness, and I didn’t hate the dialogue either. It all read very smoothly, and so I was happy about that. It was one of the things I worried about when I picked this book up a second time.

Now, I didn’t like the plot last time, and I was okay with it this time. I felt the overarching plot was really good. But, the problem comes with the build-up to it. I know it was supposed to build tension, but I wasn’t really getting it from that. Had the parts with Wren been introduced earlier, I think I would have been invested in it slightly more. I felt the beginning of the book was fast paced and interesting, and then we get the middle where it slows down and is slightly jarring, and then the end when it speeds up again. So perhaps, not so much the plot itself, but the pacing of it that didn’t work totally for me. And hence my waffling between 3.5 and 4 stars rating for this book!

“I dream of a different fate.”

I liked the characters last time, and I still liked them this time. Lei, Wren, all of them. There were interesting characters, and I appreciated how they were all different. And I really enjoyed the romance subplot in this book and will be eagerly awaiting to see how it unfolds in this next book. The only thing I will say about it is that I would have loved just a tiny more romantic build up. Just a little more. But overall, I don’t think it was a big deal. Lei had a great character arc, a growth of wanting to act, to acting, and I think that was very well done. I was impressed. And Wren too, is a stellar character.

Overall, I did enjoy this book, and so for now, I’m going to drop a four star rating on it, because I did like it. I did enjoy it! And I do believe it deserves that rating.

“To dream about the things you have loved, and lost.”