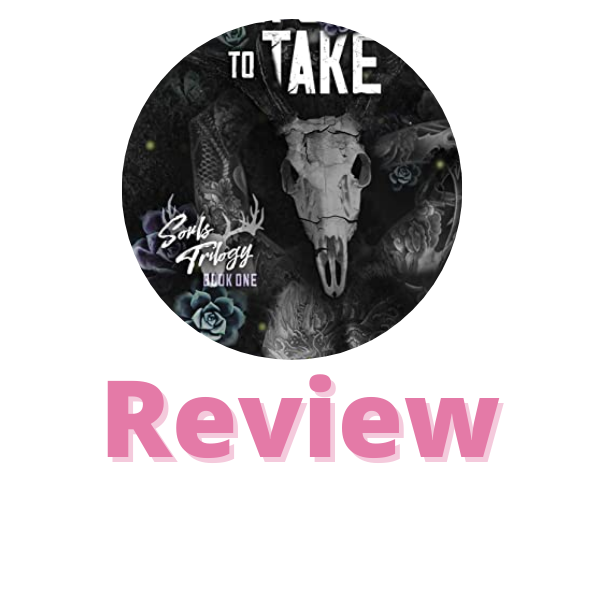 Her Soul To Take

I earned my reputation among magicians for a reason: one wrong move and you’re dead. Killer, they called me, and killing is what I’m best at.

The one I was supposed to take, the one I should have killed – I didn’t.

The cult that once controlled me wants her, and I’m not about to lose my new toy to them.

I’ve always believed in the supernatural. Hunting for ghosts is my passion, but summoning a demon was never part of the plan. Monsters are roaming the woods, and something ancient – something evil – is waking up and calling my name.

I don’t know who I can trust, or how deep this darkness goes.

All I know is my one shot at survival is the demon stalking me, and he doesn’t just want my body – he wants my soul

Her Soul To Take is a great steamy paranormal romance, and was quite well written. This was another Lauren recommendation, and I’m so glad that I picked it up. It was a fairly quick read overall, and was on KU which made me happy. I originally gave this three stars, but on further thinking I think it’s between a three and four stars for me.

I have always loved paranormal romances and this one was a good one too! It involves summoning a demon and a woman. I really liked Rae as a character. I found her strong and endearing. And sometimes a bit in denial. But I just loved that she felt so empowered. She knows what she wants which is a nice change of pace from some characters who don’t.

Leon was a great demon. I loved his relationship with Rae and the world at large. He was a great character because he was a demon but not necessarily evil, which is a juxtaposition to the humans who are evil. I liked that take on it very much.

The banter between Leon and Rae is great, they have an undeniable chemistry and snark with each other. There are several parts that made me laugh out loud. And this book is SUPER steamy. But it also has a bit of a dark tone to it, so be sure you look at the trigger warnings before you read it.

There are a few side characters who are really awesome as well, and I enjoyed all their introductions in this book. I assume they will be in the later books?

The writing was really good. I found myself becoming absorbed in this world and drawn into it. Laroux crafted a world that is so good. But it is also highly atmospheric. You could get lost in this book. It felt so real – and I liked that about it.

I loved the plot – I was on the edge of my seat wondering what was going to happen next, and if our leading couple would emerge triumphant. Sometimes you’re not sure with these dark romances…anyways, the plot was great. As I mentioned earlier the juxtaposition between good and evil in this book was creative, and I felt drove home the point that what you think is true is not always necessarily true.

I would recommend this book to those who like paranormal romances and are looking for something a little different and well written!