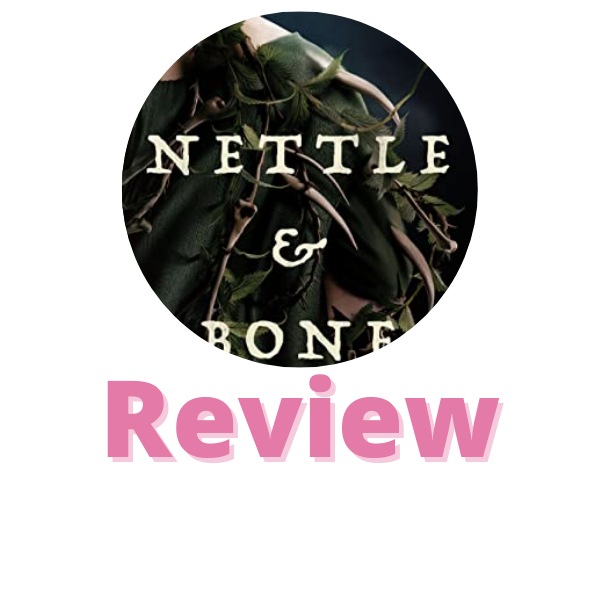 After years of seeing her sisters suffer at the hands of an abusive prince, Marra—the shy, convent-raised, third-born daughter—has finally realized that no one is coming to their rescue. No one, except for Marra herself.

Seeking help from a powerful gravewitch, Marra is offered the tools to kill a prince—if she can complete three impossible tasks. But, as is the way in tales of princes, witches, and daughters, the impossible is only the beginning.

On her quest, Marra is joined by the gravewitch, a reluctant fairy godmother, a strapping former knight, and a chicken possessed by a demon. Together, the five of them intend to be the hand that closes around the throat of the prince and frees Marra’s family and their kingdom from its tyrannous ruler at last.

Thank you to NetGalley and the publisher for an e-arc of this book in exchange for an honest review.

So I have previously rated Kingfisher’s books three stars. And this one sounded really good to me. It had all the hallmarks of being a book that would keep my attention. As a note, this book has horror components as do most of Kingfisher’s works, but the horror in this book takes place in a fantasy world that is much like a fairy tale. Grimm fairy tales really. So, saying that, there are dark parts of this book, but they’re not terribly dark I would say. There are a few CW like domestic abuse, being buried in a coffin that might be triggers for some people.

I felt that this book was engaging, it made you keep wanting to turn the next page and find out what happens. It is very much an adventure story, but the framework to me feels like how fairy tales are formatted. Even some of the writing felt like that as well. It made the story work! But there were parts too where it turned fairy tale conventions upside down, and I thought that was well done as well.

I enjoyed the writing immensely, as well as all the characters in the book. Marra was such a great character, and I loved the way she looked at the world, and how she acted. I felt she was a well-rounded character that was likeable, as were the others. They all had distinct personalities that shone through and made the characters feel real.

I found that they were intriguing, and there were some good moments throughout the book, and humor woven in as well, despite the darkness of the tale.

Where this book really succeeded was the atmosphere. It was dark and it was creepy and it gave me the chills. I kept shivering through certain parts.

Overall, I very much enjoyed this book! I think fans of retellings, dark fantasy, horror and fairy tales would probably enjoy this book!