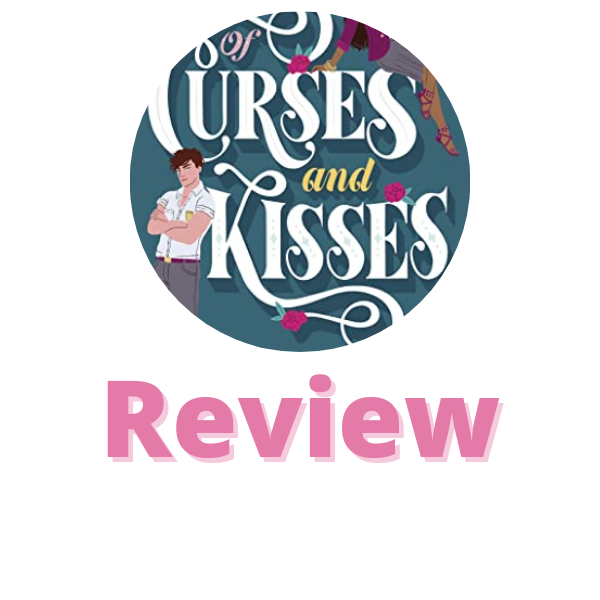 Of Curses and Kisses

Will the princess save the beast?

For Princess Jaya Rao, nothing is more important than family. When the loathsome Emerson clan steps up their centuries-old feud to target Jaya’s little sister, nothing will keep Jaya from exacting her revenge. Then Jaya finds out she’ll be attending the same elite boarding school as Grey Emerson, and it feels like the opportunity of a lifetime. She knows what she must do: Make Grey fall in love with her and break his heart. But much to Jaya’s annoyance, Grey’s brooding demeanor and lupine blue eyes have drawn her in. There’s simply no way she and her sworn enemy could find their fairy-tale ending…right?

His Lordship Grey Emerson is a misanthrope. Thanks to an ancient curse by a Rao matriarch, Grey knows he’s doomed once he turns eighteen. Sequestered away in the mountains at St. Rosetta’s International Academy, he’s lived an isolated existence—until Jaya Rao bursts into his life, but he can’t shake the feeling that she’s hiding something. Something that might just have to do with the rose-shaped ruby pendant around her neck…

As the stars conspire to keep them apart, Jaya and Grey grapple with questions of love, loyalty, and whether it’s possible to write your own happy ending.

I got really tired of retellings, especially fantasy ones several months ago, and so I hesitated to read this one at the time. I am SO GLAD that I waited. Because I feel that I really wouldn’t have enjoyed this book if I had read it when I first wanted to. (Okay, February, but still.) I enjoyed this book, and I felt that it was a read I had fun with, and one that I liked. This is a 3.5 stars for me.

Now, I LOVED the writing in here. That alone is enough to convince me to try Menon’s other works. The writing was absolutely delightful and I feel the way that she depicted the characters made them come off the page with how she wrote them. It was also nice because we had two POVs, and they were clear, distinct voices. To me, that is a huge plus. Sometimes multiple POVs can sound the same because it is the author writing it, but this was not the case here.

The pacing for this book worked. We have nice pacing throughout the book. It is steady, consistent pacing. It isn’t action packed or fast, but there are events that happen that propel the plot forward. However, to me, the pacing was well done as it steps what is happening up the further along you get in the book all the way to the end.

This is pretty much a beauty and the beast plot line with a contemporary twist and I enjoyed that about this book! It was a different take without being too much of an exact replica. I also appreciated that there were multiple other characters who appeared and were fleshed out.

There were a lot of interesting subplots happening throughout this book, and it helped keep the book moving forward. To me, that was really successful. I like plots that keep me engaged.

Jaya is my love! I love Jaya’s character, and I think it was amazing to see a totally different take on “beauty”. We get to see a strong, young woman who is struggling to figure out herself. Jaya’s journey in this was really powerful, and there were some great moments with Jaya as she goes through her ARC.

The romance was low-key, enemies to lovers in this book. Yes, there was some romance, but to me, a big portion of this book was focused on familial duty, sisterhood and friendships. And that was all excellent.

Grey wasn’t my favorite character, but I still enjoyed his chapters. He’s broody, but has emotions and he has to deal with those. Grey also has a character arc, but I feel for me at least, his ending was a little sudden. I wanted to see a bit more progression like we did with Jaya.

I liked this book! I enjoyed reading it, and I got lost in the book for hours as I read it. I highly recommend this book to anyone who enjoys retellings, contemporary romance, or the enemies to lovers trope.