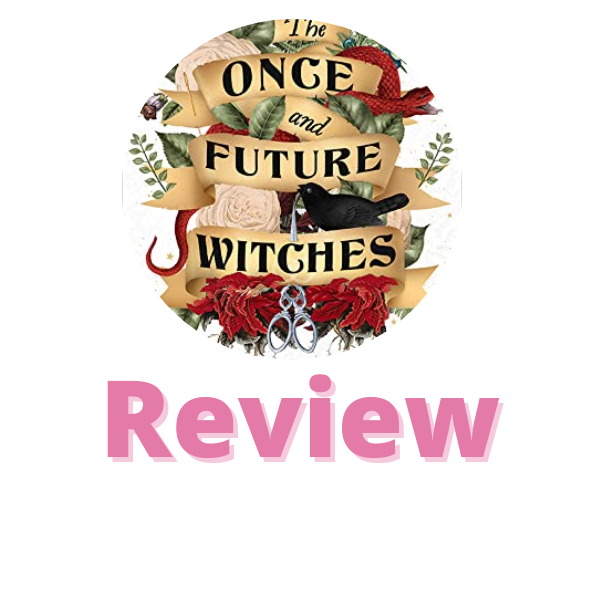 The Once And Future Witches

In 1893, there’s no such thing as witches. There used to be, in the wild, dark days before the burnings began, but now witching is nothing but tidy charms and nursery rhymes. If the modern woman wants any measure of power, she must find it at the ballot box.

But when the Eastwood sisters–James Juniper, Agnes Amaranth, and Beatrice Belladonna–join the suffragists of New Salem, they begin to pursue the forgotten words and ways that might turn the women’s movement into the witch’s movement. Stalked by shadows and sickness, hunted by forces who will not suffer a witch to vote-and perhaps not even to live-the sisters will need to delve into the oldest magics, draw new alliances, and heal the bond between them if they want to survive.

There’s no such thing as witches. But there will be.

The Once and Future Witches was a book I continually pondered picking up for months. I read some reviews that liked and disliked the book, and I felt that I might not like it. But the theme and the plot of the book kept calling to me, so I gave in and decided that I wanted to try the book after all. It was on top of my TBR pile for January 2021, and I was delighted my library had an e-book copy available for check out. That way I didn’t have to wait for a hold to come in and then bring it back if I didn’t like it.

Suffice to say, I was a little nervous about this book. I love slow and prose filled books. But I was remembering that sometimes I don’t click with the writing style. I was determined to at least give this book a shot.

I enjoyed this book immensely. I feel that it was very slow at first, and that the writing style takes some time to get into. The way Harrow turns phrases and uses metaphors sometimes can feel like its filler, but I liked it. Once I got into the writing style and the pace, the book got a lot better. There was a lot of name related and background issues in the beginning before you get to the meat of the story, and at first they don’t make a lot of sense. This is because they come to have meaning later in the plot as more and more is revealed.

I won’t say I “flew through this” as I do a lot of books. This one took me a few days to read because I kept having to set it aside and digest it. This book was heavy in the way it is an alternative version of history, but believable enough that it feels like it could have actually happened. It touches on important topics such as feminism and racism. This book was hefty and intense. It is hard to describe this book somewhat, because so much of it could constitute a spoiler!

I also appreciated how Harrow riffed off real people in different ways, and also fairytales and all sorts of other various items. It was quite fun to spot those play on words or names, and know what they alluded to. I will admit I did have to look some up.

The three sisters and their relationship was definitely some of the best part of the book. And in the end, that is what the book was founded on. How the sisters go along – or didn’t – with each other, and their representation of how women were seen, maiden, mother, crone. I feel like having a background knowledge of the European and Salem witch trials would really help with this book. There is a lot of symbolism and references to things that historians have talked about for years. I suppose I really appreciated how everything got tied together.

We also get some expansion of relationships to romantic ones of various types – or not at all – and I love how that all played out.

I very much liked the book, and I think this will appeal to some people, but not to everyone. Stylistically it is beautiful, and the content is great, but I think this book is going to be very niche for some. If you can get through the pacing and the writing I think it is well worth a read.

Overall, don’t expect a plot so much as a book based on character driven actions, and character development, as that is the focus up until almost the very end.

8 thoughts on “The Once And Future Witches”