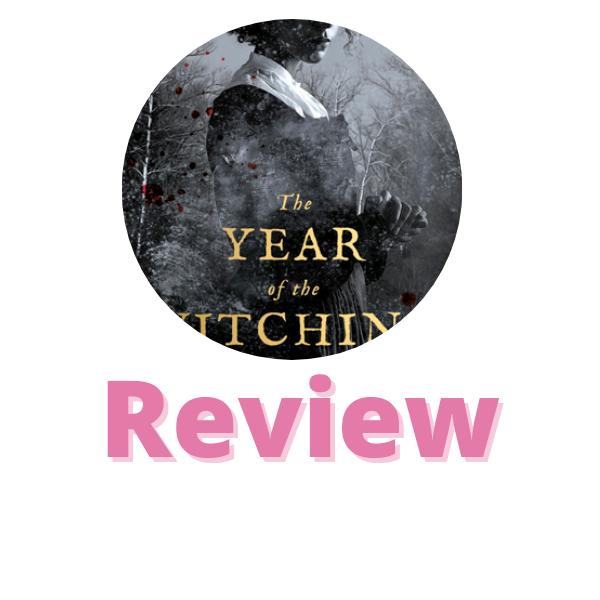 Year of the Witching

A young woman living in a rigid, puritanical society discovers dark powers within herself in this stunning, feminist fantasy debut.

In the lands of Bethel, where the Prophet’s word is law, Immanuelle Moore’s very existence is blasphemy. Her mother’s union with an outsider of a different race cast her once-proud family into disgrace, so Immanuelle does her best to worship the Father, follow Holy Protocol, and lead a life of submission, devotion, and absolute conformity, like all the other women in the settlement.

But a mishap lures her into the forbidden Darkwood surrounding Bethel, where the first prophet once chased and killed four powerful witches. Their spirits are still lurking there, and they bestow a gift on Immanuelle: the journal of her dead mother, who Immanuelle is shocked to learn once sought sanctuary in the wood.

Fascinated by the secrets in the diary, Immanuelle finds herself struggling to understand how her mother could have consorted with the witches. But when she begins to learn grim truths about the Church and its history, she realizes the true threat to Bethel is its own darkness. And she starts to understand that if Bethel is to change, it must begin with her.

I will admit I did not read the summary before adding this book to my TBR or my hold list. Instead I was captivated by the title and cover and went WITCHES and thus ends the story of why I added this book. Yet, this book is misleading in some ways, it is not only about witches, but is rather MORE than that. And it is hard to explain without giving too much of the plot away. I think that there is something to be said for this book, as it takes several ideas and intersects them in a feminist way. I personally felt that this book was well done.

This book brings you into a society and it is almost dystopian in a sense. It feels like it could be us living there, but it isn’t. It doesn’t even take place in our world, but perhaps a different version of it? I never could put my finger on that aspect. But see, that didn’t matter. It was only crucial to the story in the aspect that it was meant to represent a society (see: cult) that was self-contained and didn’t really interact with the outside world. Bethel is where the majority of the story takes place, and where all the action happens. It doesn’t need to expand outside of that.

Immanuelle is a great character. Her mother’s actions were the driving force behind the story for the most part, and then as it expands from that it becomes more and more intriguing. I really liked her character arc throughout this book. I found her a powerful character and a great one at that. I was so invested in her story. And the story of the people in Bethel too. I liked how they were both really intertwined with each other, and that there was no simple answer. I felt that though juxtaposition with her mother and past events was well done within Immanuelle’s own life. I also appreciated the themes of friendship and family that ran throughout the book.

I enjoyed the intersection of racism and feminism and how women are viewed. I think it brings home some points, even today, how women are perceived, and how they can be misunderstood. There are definitely some good moments in this that I think will resonate with women.

I also very much liked the writing in this book. It was evocative and atmospheric. I think that there are many parts of this book that had me wondering what was going to happen next and cheering for the people on the “right side”.

I will say at times I felt the pacing was off, but overall I really enjoyed this book.

2 thoughts on “Year of the Witching”