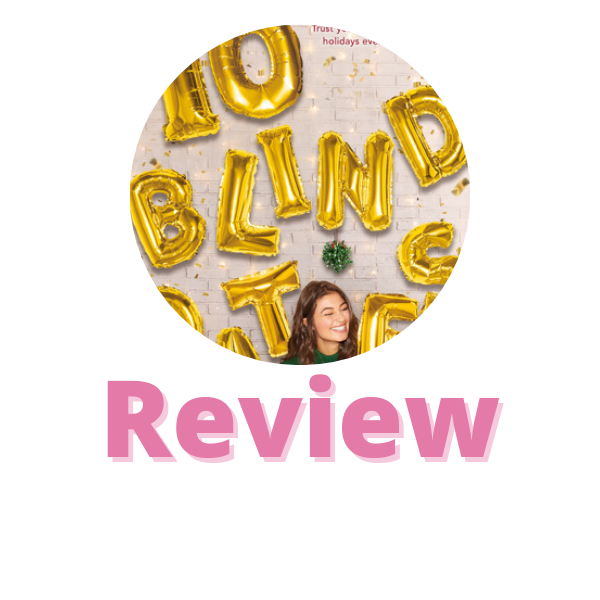 Sophie wants one thing for Christmas-a little freedom from her overprotective parents. So when they decide to spend Christmas in South Louisiana with her very pregnant older sister, Sophie is looking forward to some much needed private (read: make-out) time with her long-term boyfriend, Griffin. Except it turns out that Griffin wants a little freedom from their relationship. Cue devastation.

Heartbroken, Sophie flees to her grandparents’ house, where the rest of her boisterous extended family is gathered for the holiday. That’s when her nonna devises a (not so) brilliant plan: Over the next ten days, Sophie will be set up on ten different blind dates by different family members. Like her sweet cousin Sara, who sets her up with a hot guy at an exclusive underground party. Or her crazy aunt Patrice, who signs Sophie up for a lead role in a living nativity. With a boy who barely reaches her shoulder. And a screaming baby.

When Griffin turns up unexpectedly and begs for a second chance, Sophie feels more confused than ever. Because maybe, just maybe, she’s started to have feelings for someone else . . . Someone who is definitely not available.

This is going to be the worst Christmas break ever… or is it?

I saw several blogs I follow reading this book this month/last month. And me being me, I hate missing out on anything. I searched high and low for a physical copy at both my libraries, I searched overdrive….and nothing. Nowhere to be found! HOWEVER I did find it on Hoopla. (Which in an of itself is amazing, since I can almost never get anything on it…) And of course I marked it as currently reading two days before I actually started reading it. But, I am glad to say I enjoyed it!

At first I was a little leery of it. I generally do like romances, and rom-coms to a certain extent. And at the same time I also don’t like them. I have very mixed feelings on it. So going into this one (despite hearing how funny it was) I was a little worried. I’d just read a few excellent YA contemporary romances, and I hoped that this one wouldn’t break my streak of enjoyable books.

To my delight, it did not!

10 Blind Dates is hilarious and sweet all at the same time. There are some harder moments thrown in, but for the most part it is pure light-hearted fun. And I love that in books, especially done in a good way. And it was done well – the characters were delightful, and Sophie was truly wonderful. This book was less the plot and more of a character driven book, it was all about Sophie and her feelings. And I think Elston did a fabulous job of depicting them. Sophie’s choices are never straightforward: she second guesses herself, she worries, she even breaks rules! It felt alive and purposeful.

The side characters were a blast as well, and about 90% of them were family. Her cousins were great, and it was clear from the start that they had been really good friends, and that might have changed over the years. This book wasn’t just about the romance and dates Sophie was going on, it was about family, and how families are. And none of the family members were perfect, and I think it helped offset the often saccharine sweetness this book was infused with. (Don’t get me wrong, I loved that about it.)

Even the end guy was quite obvious from the first moment. And I liked that feeling – knowing what was likely to happen, and still being delighted when it does. I didn’t feel anxious or stressed out while reading this. I didn’t skim pages, and I didn’t skip whole chapters because I was bored. I kept reading because it kept me entertained.

The writing like everything else was delightful, and I honestly enjoyed it.

And this is the problem: I’m having trouble rating it. I really enjoyed it, like I laughed multiple times throughout this book. I liked it more than other books I’ve read, but less than others. I’m absolutely struggling with how to rate it. I said “three stars” which is my automatic “I liked this book! Cute! Might read again!” response. Yet, at the same time I laughed. Which, a lot of times I don’t have a lot of responses during books – and yet somehow, I was laughing and smiling with this one, which makes me want to rate it a four! I mean, I don’t really having anything negative to say about this book at all. Which is why I am going to give it a four star rating.

If you like cutesy, saccharine sweetness rom-com books, you’ll likely love this one.