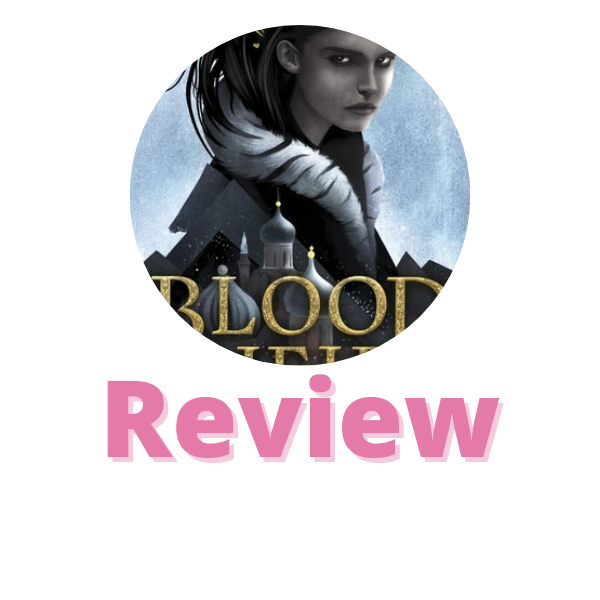 In the Cyrilian Empire, Affinites are reviled. Their varied gifts to control the world around them are deemed unnatural–even dangerous. And Anastacya Mikhailov, the crown princess, is one of the most terrifying Affinites.

Ana’s ability to control blood has long been kept secret, but when her father, the emperor, is murdered, she is the only suspect. Now, to save her own life, Ana must find her father’s killer. But the Cyrilia beyond the palace walls is one where corruption rules and a greater conspiracy is at work–one that threatens the very balance of Ana’s world.

There is only one person corrupt enough to help Ana get to the conspiracy’s core: Ramson Quicktongue. Ramson is a cunning crime lord with sinister plans–though he might have met his match in Ana. Because in this story, the princess might be the most dangerous player of all.

Honestly after reading Leelynn’s review, I was even more excited to dive into this book! The premise was so fascinating to me, and I was ready for this book! It took some time before I was able to get my hands on it, and now that I have I am pleased to say I REALLY liked it!

(P.S. I love the US cover but adore the UK cover…is it bad that I want to buy both?)

The Writing
Zhao’s writing is fabulous. I was lured in by her prose, and I was gripped. I was enchanted. There are no words for what I was. Zhao is truly talented, and I am so impressed that this is her debut. I can only see her growing stronger as an author and a writer in the future. Everything felt very vivid to me in this book, and the writing was what created that. The cadence of it, the juxtapostion…all of it worked. It worked so well.

Personally, I think that third person was what this book needed. I love how different YA books can feel written in third person or first person. But I think with the switching of POVs third person worked well for this book.

The Pacing
Even the pacing, while slow at times, worked. To tie in with the POV, I felt the pacing worked even when we were “switching” characters. I honestly don’t have too much to say on the pacing, as I enjoyed it. There wasn’t really anything I thought was “slow” so much as it was a really good build up. I like slow books, so maybe the combination of that and the action in this one appealed to me.

The Plot
I loved the plot. I was curious about the book and how it was going to be framed in terms of Ana’s vengeance, plus all the subplots occuring. There was a lot to this story, especially dealing with human trafficking. It feels like every day now we’re hearing on the news something about that, and I think it is very relevant to what is happening today. I think Zhao did an excellent job of fitting it in with the plot in a way that made sense. The overarching plot of revenge was really well done, both for Ana and Ramson.

The plot was one of the strongest parts of this book for me. I also was at the last twenty pages and going “we’re not going to get a resolution?” not realizing this was a trilogy…silly me.

Anastacya Mikhailov was a ghost and a monster who did not, and should not, exist.

The Characters
ANA! RAMSON! I really liked those two. Sometimes I don’t love when it feels like two characters are going to be love interests, and you know it. But both of them were so full of personality, I didn’t care what was going to happen. They were divine, multifaceted and hilarious characters. I smiled through some parts. And I was definitely crying because of this book. There were some great side characters as well. Linn and Yuri for example.

I felt as if Zhao had really put a lot of thought into creating nuanced arcs for these characters outside of just “revenge plots” because you see them grow and become more. I don’t want to give too much away, but suffice to say, I was impressed. And left wanting so much more!

Blood trickled down her arm in a lover’s spiral, vivid crimson against the dusky olive of her skin.

The Worldbuilding
Again, this was touted as an Anastasia retelling, but it wasn’t quite that. I was rather impressed with how the world felt so real, and I think that is because the writing and the characters were well done. We didn’t have any info dumps at all. It all flowed smoothly together.

Overall
I am absolutely in love with this book, and I definitely am eager to read the next book. However, I am very distressed by the deaths in this book. I spent a good half hour sobbing into my pillow and screaming “WHY?” because I was so torn up.

Well, there you go, it made me super emotional! Which is hard to do with books at times. In the end, it was a great book and I highly recommend it.