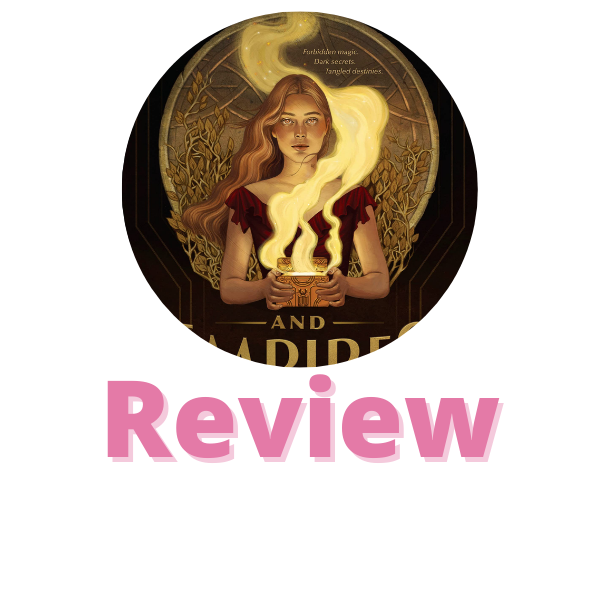 Josslyn Drake knows only three things about magic: it’s rare, illegal, and always deadly. So when she’s caught up in a robbery gone wrong at the Queen’s Gala and infected by a dangerous piece of magic—one that allows her to step into the memories of an infamously evil warlock—she finds herself living her worst nightmare. Joss needs the magic removed before it corrupts her soul and kills her. But in Ironport, the cost of doing magic is death, and seeking help might mean scheduling her own execution. There’s nobody she can trust.
Nobody, that is, except wanted criminal Jericho Nox, who offers her a deal: his help extracting the magic in exchange for the magic itself. And though she’s not thrilled to be working with a thief, especially one as infuriating (and infuriatingly handsome) as Jericho, Joss is desperate enough to accept.
But Jericho is nothing like Joss expects. The closer she grows with Jericho and the more she sees of the world outside her pampered life in the city, the more Joss begins to question the beliefs she’s always taken for granted—beliefs about right and wrong, about power and magic, and even about herself.
In an empire built on lies, the truth may be her greatest weapon.

Thank you to the publisher for an e-ARC of this book in exchange for an honest review.

I absolutely loved Rhodes’s Falling Kingdoms series. When I got the chance to get an e-ARC of this book I was extremely excited. I was expecting something similar to the Falling Kingdoms series. I was surprised though to see photography and cars in this book! I was not expecting that, so I was a little bit nervous, because I hadn’t expected that, and so I was a bit thrown off at first that this wasn’t more like high fantasy and is instead “urban” fantasy. Nevertheless, once I started reading, I had a hard time putting the book down once I got into it.

I enjoyed Rhodes’ writing in this book, but not as much as Falling Kingdoms. The tone had a more modern feeling – and that gave it a bit more oomph for me to be believable. I think that Rhodes’ is a great writer and her works are accessible, because she writes in a way that is easy to read. It’s often a nice change from writing that is so convoluted you want to throw the book out of a window. I very much enjoyed that about this book.

What also worked for me was the pacing of the book. It was a dance of precision, of keeping the mystery going as well as the action at the same time. You have moments of “peace” and then you slip into an action heavy segment. This works for the book as the writing gives it momentum to keep going – and I had to keep turning pages!

The plot of this book is so intriguing. It is a bit of a mystery, so I loved to see how it was slowly unfolding and how Joss began to see what she thought was true, might not be as true as she thought it was. This ties in with the amazing romance plot. I am a huge sucker for enemies to lovers and that was what this book was. It was also filled with interesting relationships between the other characters.

Joss and Jericho were such great characters, and I loved following them on their adventure! I loved their banter with each other as well. It was amusing to say the least. And the romance was spot on for me.

AND THAT ENDING. That ending was amazing! I mean I was blown away by the ending. This book had been a firm four star read for me, and the last 10% upped it into the five star category for me. It was a stunning book and I am SO EXCITED to find out what happens next.