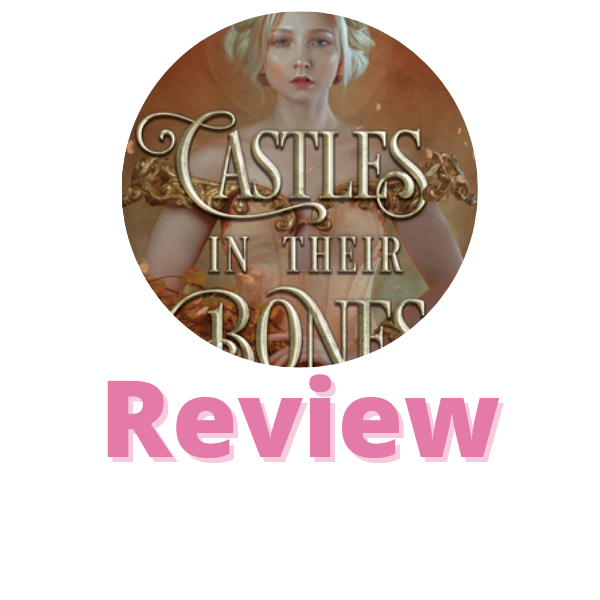 Castles in Their Bones

Empress Margaraux has had plans for her daughters since the day they were born. Princesses Sophronia, Daphne, and Beatriz will be queens. And now, age sixteen, they each must leave their homeland and marry their princes.
Beautiful, smart, and demure, the triplets appear to be the perfect brides—because Margaraux knows there is one common truth: everyone underestimates a girl. Which is a grave mistake. Sophronia, Daphne, and Beatriz are no innocents. They have been trained since birth in the arts of deception, seduction, and violence with a singular goal—to bring down monarchies— and their marriages are merely the first stage of their mother’s grand vision: to one day reign over the entire continent of Vesteria.
The princesses have spent their lives preparing, and now they are ready, each with her own secret skill, and each with a single wish, pulled from the stars. Only, the stars have their own plans—and their mother hasn’t told them all of hers.
Life abroad is a test. Will their loyalties stay true? Or will they learn that they can’t trust anyone—not even each other?

Thank you to the publisher for an ARC of this book in exchange for an honest review.

I have loved everything that Laura Sebastian has written. Ash Princess was an amazing YA trilogy, and Half Sick of Shadows was an amazing standalone adult book. Therefore, I was BEYOND excited when I got an e-ARC of this book. I was literally drooling with happiness. You have no idea how much I was dancing around. I went into this series expecting to be four or five starring it. And then I started reading the book. And I was disappointed. I felt my stomach drop and my heart sink. I was imagining it right? I was hoping that I was imagining it. Because this couldn’t be one of my most anticipated reads letting me down, could it?

Sadly, it did. I struggled over what I was going to rate this book in the end, because the concept was fabulous. It seemed like something that I would adore – written by a favorite author!! How dare it let me down? And yet, there were aspects of this book that I struggled with overall.

First, the writing didn’t feel up to par as with Ash Princess. It just didn’t read the same – and something about it bothered me, but I can’t quite put my finger on what it is.

Then you have the three POVs, and sisters, all of which were very different, and had different personalities. I thought it was nice that you could see that they were distinct. However, the downside is that I was more interested in Daphne’s story than anyone else’s. I felt that she was more fleshed out of the three sisters.

Another aspect I struggled with was that I felt the pacing and the balance of intrigue and action just wasn’t working for me the way that I wanted it to.

I was absolutely desperate to love this book, and I just feel overall for me, the book wasn’t as good as I had hoped. There was something missing for me…and I don’t know what that spark is. No one is more disappointed that I that I’m not giving this a four or five star rating.

I am giving it 3.5 stars, because I did enjoy the book. But I’m still sad that I didn’t love it. That ending though…that ending was something and gives me hope for the sequels!