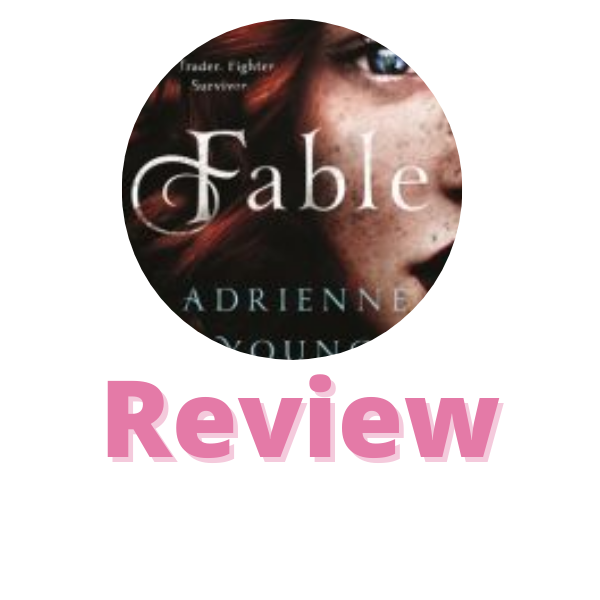 As the daughter of the most powerful trader in the Narrows, the sea is the only home seventeen-year-old Fable has ever known. It’s been four years since the night she watched her mother drown during an unforgiving storm. The next day her father abandoned her on a legendary island filled with thieves and little food. To survive she must keep to herself, learn to trust no one and rely on the unique skills her mother taught her. The only thing that keeps her going is the goal of getting off the island, finding her father and demanding her rightful place beside him and his crew. To do so Fable enlists the help of a young trader named West to get her off the island and across the Narrows to her father.

But her father’s rivalries and the dangers of his trading enterprise have only multiplied since she last saw him and Fable soon finds that West isn’t who he seems. Together, they will have to survive more than the treacherous storms that haunt the Narrows if they’re going to stay alive.

This was a giveaway win from Goodreads! Thank you to the publisher!

I really liked Sky in the Deep. I thought The Girl the Sea Gave Back was good! So I was tentatively nervous going into this book, because I was worried how it would be compared to the others. So starting Fable I wondered how I would feel…if I would love the book or if this was going to be one of the ones I had to give up. However, I was drawn in from the moment that I started this book. There was something about it that caught me and made me want to read more minute by minute.

Young’s writing has only grown and improved since Sky in the Deep and she has more than proven her talent with this book. Her writing was inviting and warm. You felt for Fable and you could just envision what was happening. The way Young crafted the story worked really well for me, and left me wanting more. The way it ended…suffice to say I can’t wait until I can read the next book in the series.

Fable was a great character, and I really loved her strength and determination to become more and to succeed. She was fierce and fiery and I loved every minute of her journey. I especially loved the complicated friendships that she developed, but also the relationship with her family. I felt that that was one of the underlying themes of the book: family and friends. I like how Young took to that theme and it stuck throughout the whole book.

I even enjoyed the plot of this book, although much of it could easily be considered a spoiler, so I don’t want to talk about it extensively. One aspect of the plot that I liked is that there were several hurdles that Fable had to overcome, and none of them were obstacles that made me roll my eyes and groan. In fact, I rather thought that the journey was amazing and a great experience in and of itself. This is definitely more of an action packed book than the previous one I think.

There also seemed to be a faster pace to this book which I enjoyed A LOT. I think there is a lot to be said for Young changing the pacing of this book to a faster speed. It worked.

Finally, I think the world building was good. We never get a lot of it from Young (partially because limited book lengths and as the start to a series!), but just enough to help us see the world or understand it. I would have liked a little more world building, but honestly, it was good as it was.

Young’s romances are not my favorite parts of the books, but they are enjoyable. I felt it was done so much better in this book. Like 90% better than previously and I am looking forward to seeing how that romance develops.

In the end I am really excited for the next book in the series because I am very interested to see where Fable goes from here.