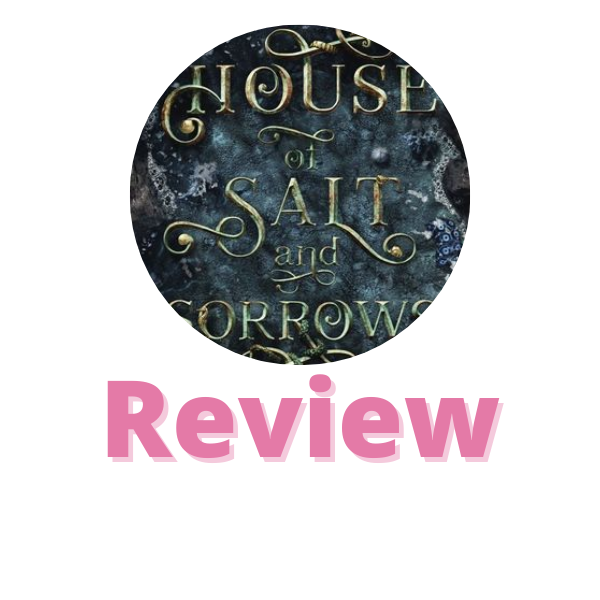 House of Salt and Sorrows

In a manor by the sea, twelve sisters are cursed.

Annaleigh lives a sheltered life at Highmoor, a manor by the sea, with her sisters, their father, and stepmother. Once they were twelve, but loneliness fills the grand halls now that four of the girls’ lives have been cut short. Each death was more tragic than the last—the plague, a plummeting fall, a drowning, a slippery plunge—and there are whispers throughout the surrounding villages that the family is cursed by the gods.

Disturbed by a series of ghostly visions, Annaleigh becomes increasingly suspicious that the deaths were no accidents. Her sisters have been sneaking out every night to attend glittering balls, dancing until dawn in silk gowns and shimmering slippers, and Annaleigh isn’t sure whether to try to stop them or to join their forbidden trysts. Because who—or what—are they really dancing with?

When Annaleigh’s involvement with a mysterious stranger who has secrets of his own intensifies, it’s a race to unravel the darkness that has fallen over her family—before it claims her next.

A retelling of the 12 Dancing Princesses, Annaleigh lives with her sisters and father in a manor by the sea. Her sisters are dying one by one, and Annaleigh is tormented by visions. All the while her sisters continue to sneak out to go dancing.

This book! I went into it with the expectation that I would like it, but I REALLY liked it. I thought it was a brilliant and clever take on the original story. Craig definitely knew what she was doing when she wrote this book. If you know the original story (and you don’t have to to read this book) then you’ll understand some parts…but not all of them. Nothing is as it seems in this book and Craig crafted it so very well.

It is filled with suspense and mystery, but it is also insanely atmospheric. You feel like you are there, at the manor on the edge of the sea. It is absolutely brilliant. (I know, I’ve said it before, but it was SO GOOD.)

Annaleigh was a great character. She was a bit of an unreliable narrator, so you weren’t totally sure of what was going on. And the further you get into the book the more the other characters get suspicious to you. And you start to wonder…and wonder some more…her sisters too, were interesting characters in their own right. Many of them simply supported the plot, but others were fully realized.

The plot — now that was awesome. I definitely wasn’t expecting what happened to happen — SERIOUSLY. I don’t want to spoil it too much, but just read it!

Craig’s writing was brilliant and I thought it was so well written. I kept getting lost in the story. (Okay, and I will admit, I read it while we were holed up during Hurricane Dorian, and than only added to the intensity.)

Anyways, go read this book! It is absolutely amazing!