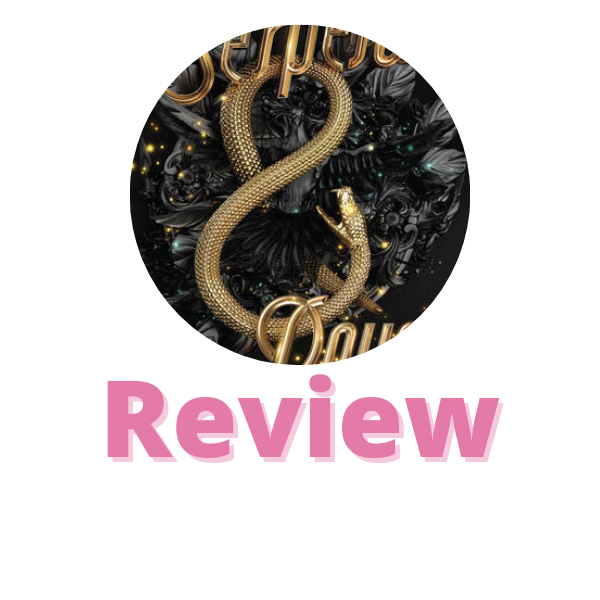 Two years ago, Louise le Blanc fled her coven and took shelter in the city of Cesarine, forsaking all magic and living off whatever she could steal. There, witches like Lou are hunted. They are feared. And they are burned.

Sworn to the Church as a Chasseur, Reid Diggory has lived his life by one principle: thou shalt not suffer a witch to live. His path was never meant to cross with Lou’s, but a wicked stunt forces them into an impossible union—holy matrimony.

The war between witches and Church is an ancient one, and Lou’s most dangerous enemies bring a fate worse than fire. Unable to ignore her growing feelings, yet powerless to change what she is, a choice must be made.

And love makes fools of us all.

There’s something haunting about a body touched by magic.

And with that opening line, this series draws you in. There have been a lot of people raving about this series, and I admit, the description of it certainly seemed appealing to me. Enemies to friends to lovers? That is usually a SIGN ME UP kind of book. And overall, I’m glad I read the book. I think there were a lot of good things about the book, but I didn’t overwhelmingly love the book as in a five star rating. And there are a couple reasons why. But they’re small.

So this supposedly takes place in a romantic 17th century France. That’s the backdrop for this…except it’s not France France, it’s more like an alternate France. Anyways, that part doesn’t particularly matter in terms of the story. The important parts are the witches and the witch hunters. The church has their very own special section dedicated to hunting witches down and burning them at the stake. Your pretty typical response to witches.

I mean, as far as a plot goes, it isn’t overwhelmingly complicated, and it isn’t boring. I had known going in that there was also the romance aspect to this: that there was a forced marriage. Essentially Lou and Reid are forced to marry to please the Archbishop to get them out of trouble. Neither particularly want to do this, but it benefits them both in some ways. Or so they think. All in all, as a plot I think it was interesting enough to hold my attention. I enjoyed Lou and Reid’s banter for the most part, but there were a couple times I was just “eh” about it. The end reveal was a bit…I wasn’t that enthralled with it. There were a couple twists and turns overall, but I will say I had guessed some of it. In a second reread I appreciated it a bit more.

“I doubt you’d ask such a question if you had. Trousers are infinitely more freeing.”

As a character, I loved Lou. I think she was a great heroine. She was a really fun character that I loved. She was complicated and she was great. I really loved her relationships with the other characters. They were all generally absolutely hilarious on all levels.

Then, we also have a bit of a contradictory message with Reid and Lou’s relationship at parts. There are a few instances when I feel like Mahurin undermined her own message. But overall, I think it was relatively small parts.

I was about to marry a wild animal.

Reid I found boring mostly. I didn’t really enjoy his chapters all that much, I would have much preferred this book to be solely from Lou’s POV, it felt a bit awkward switching back and forth at some points in the book. I know it was to show different perspectives, but I wasn’t totally sold on it. Even in a second read, I like him more, but not enough to totally be ga-ga over him.

I did like Mahurin’s writing style. I think she is a good writer, and I think although the pace was somewhat stilted at some points, a good job was done. Overall, I liked the book, but I didn’t five-star love it. It’s closer to a 4 than a 3 star rating for me. I’d read the next book in the series. I enjoyed reading it and I didn’t feel like it was a waste of my time!