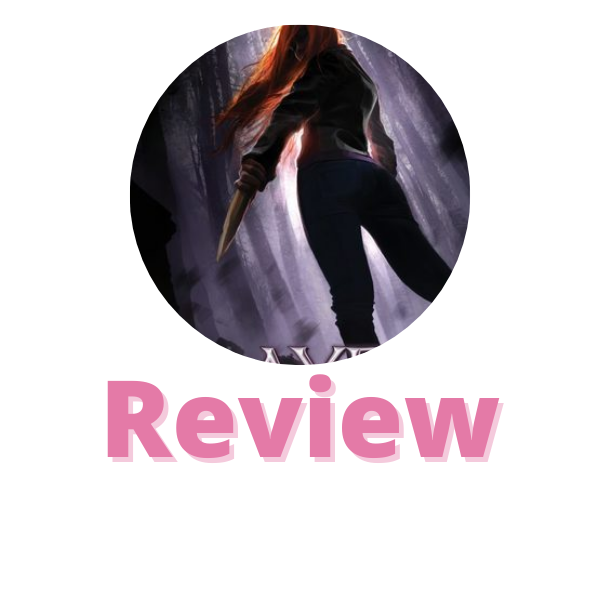 Nina and her twin sister, Artemis, are far from normal. It’s hard to be when you grow up at the Watcher’s Academy, which is a bit different from your average boarding school. Here teens are trained as guides for Slayers—girls gifted with supernatural strength to fight the forces of darkness. But while Nina’s mother is a prominent member of the Watcher’s Council, Nina has never embraced the violent Watcher lifestyle. Instead she follows her instincts to heal, carving out a place for herself as the school medic.

Thanks to Buffy, the famous (and infamous) Slayer that Nina’s father died protecting, Nina is not only the newest Chosen One—she’s the last Slayer, ever. Period.

As Nina hones her skills with her Watcher-in-training, Leo, there’s plenty to keep her occupied: a monster fighting ring, a demon who eats happiness, a shadowy figure that keeps popping up in Nina’s dreams…

But it’s not until bodies start turning up that Nina’s new powers will truly be tested—because someone she loves might be next.

One thing is clear: Being Chosen is easy. Making choices is hard.

Nina and her sister are part of the Watchers. The group that Buffy has had a falling out with multiple times. Nina suddenly finds herself a Slayer – -the last Slayer and she has all problems that go along with it. But she must learn to use them quickly, or those she loves can be danger.

Into every generation a Slayer is born: one girl in all the world, a Chosen One. She alone will wield the strength and skill to fight the vampires, demons and forces of darkness; to stop the spread of their evil and the swell of their number. She is the Slayer.

Ever iconic: Buffy the Vampire Slayer. There isn’t quite anything like it that resounds with so many people. It dealt with growing up issues, family, relationships and a greater evil. It was a staple for a lot of people. Which means, people are going to be very critical of anything based off of it. That was me: I was very nervous about this book. So much so that I kept putting off reading it. And putting it off. Because how can anyone do Buffy justice? Buffy is Buffy! It wasn’t until I began reading some of White’s other works that I got the nerve to read Slayer.

Darkness was the great equalizer. Everyone was the same in the dark. Colorless. Featureless.

I’m glad that it didn’t feature Buffy. I think if it had, it would have been totally different and wouldn’t have worked. Instead, we get a book following Athena “Nina” and her twin sister Artemis. (Besides the point but I love the names.) This apparently takes place after the comics. I’ve never read them so I was a little bit lost at some points. Overall, any references to the TV show like “William the Blood” and Kendra I understood. I really do think anyone reading this needs to have seen the show. So much of this book relies on Buffy’s past and the Watchers Council.

Her face is like looking in a mirror — if that mirror were a prophecy of who I’d be in another life.

I enjoyed the plot. It was very similar to what we got in the TV show. Full of comedy but also serious parts as well. The balance of it was done really well. I think that it hit the right spot for what I remember Buffy as. It was also nostalgic, vampires, demons, hellmouths, what more could you want? Nothing honestly. This tripped all the good nostalgia parts for me.

And I hate none of them as much as I hate Buffy.

I like Nina too, because it was so interesting seeing her feelings on Buffy and her irritation at her. I really loved Nina’s point of view on it. Buffy is beloved, but to other characters she really might not be because of all the problems she caused. But Nina also has a journey of her own, and it was a lovely one that we were able to follow through the whole book.

“Yeah, your skin condition got all over my shirt and my hair when I carried you in here.”

And of course, we have mentions of old character favorites. But none of them really play a part in this novel. It generally sticks to mostly “new” characters which helps breathe new life into this series.

Finally, White is a talented writer. White makes the world come alive in her own way, and her style works really well with this book and Buffy in general. I was impressed overall with this book, and it hit the spot for me!