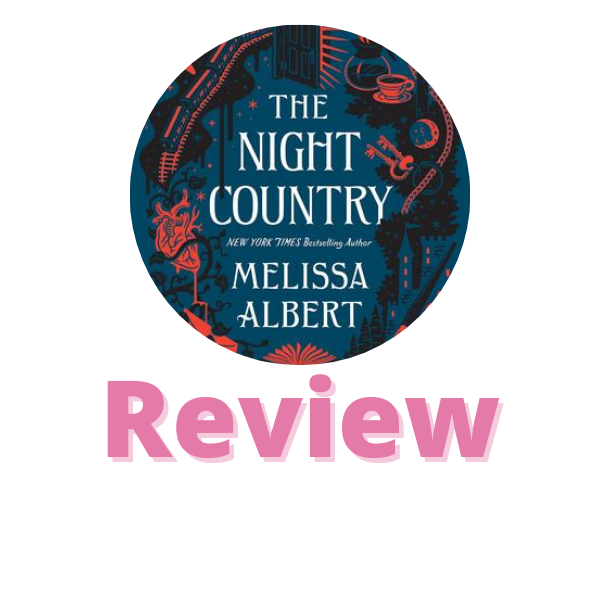 In The Night Country, Alice Proserpine dives back into a menacing, mesmerizing world of dark fairy tales and hidden doors. Follow her and Ellery Finch as they learn The Hazel Wood was just the beginning, and that worlds die not with a whimper, but a bang.

With Finch’s help, Alice escaped the Hinterland and her reclusive grandmother’s dark legacy. Now she and the rest of the dregs of the fairy tale world have washed up in New York City, where Alice is trying to make a new, unmagical life. But something is stalking the Hinterland’s survivors―and she suspects their deaths may have a darker purpose. Meanwhile, in the winking out world of the Hinterland, Finch seeks his own adventure, and―if he can find it―a way back home…

Thanks to NetGalley and the publisher, I received an eArc of this book in exchange for a honest review.

The Hazel Wood was an amazing book. It was laden in atmosphere and surprise. I am happy to say The Night Country is the same way, but a bit different. Instead of taking place mostly in The Hinterlands it took place in our world.  It was an engaging story once more and totally worth the wait.

This book was essentially told in two POVS. Mostly from Alice’s but some from Finch’s as well. Finch of course is not in our world. He is having his own adventures. He meets other people he goes on adventures with and yet he also misses ice and his home. Alice is busy trying to adjust to her new life, a d it is very interesting. Alice is a unique character. She’s strong but also weak and she doesn’t really know what she wants.  I like Alice as a character.  I think she’s great because she is made of contradictions.  It was enjoyable being back with Alice.

There are a few other characters like Sophia, and Daphne that we meet in this book along with Ella. They all have roles to play and Alice’s interactions with them are all different. This book didn’t boast a huge cast of characters but it worked for the few that it did have.

This book was slow paced. There are pieces of action sporadically in the book, but overall the main focus is on Alice and her feelings. It’s as if she’s on a journey of self discovery in between trying to figure out who is murdering stories. Alice’s struggle with her place, who she is and its relation to the murders makes for a fascinating plot. You’re never sure what is true and what isn’t, because they are stories after all. There is something to be said for creating a plot that has a dual purpose. It was well done and I liked it.

I think like the first this book is going to be hit and miss for some people. Some are going to really love it and for others it’s going to bother them. Partially the writing style I think.

The writing style is incredibly descriptive and inner focused at parts. This can make it incredibly slow. I will admit at some parts I started to zone out because I was having trouble focusing. But I read it in pieces and it helped. The writing is good, don’t get me wrong. It evokes atmosphere and feelings. I enjoyed it for that reason.

Overall it was a great story and I really liked it.  I think Albert is a fantastic storyteller who always draws me in.  A really fantastic story all around.  I think there is something to be said for doing a totally new riff off fairy tales. I am so excited to see what Albert has in store for us next.