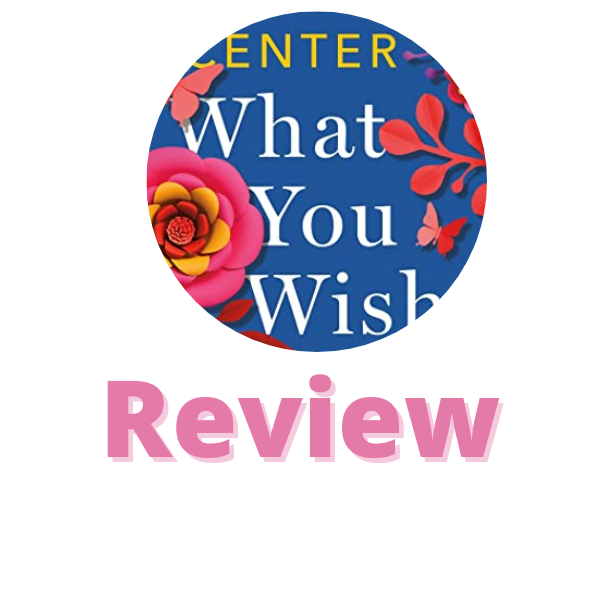 What You Wish For

Samantha Casey loves everything about her job as an elementary school librarian on the sunny, historic island of Galveston, Texas—the goofy kids, the stately Victorian building, the butterfly garden. But when the school suddenly loses its beloved principal, it turns out his replacement will be none other than Duncan Carpenter—a former, unrequited crush of Sam’s from many years before.

When Duncan shows up as her new boss, though, he’s nothing like the sweet teacher she once swooned over. He’s become stiff, and humorless, and obsessed with school safety. Now, with Duncan determined to destroy everything Sam loves about her school in the name of security—and turn it into nothing short of a prison—Sam has to stand up for everyone she cares about before the school that’s become her home is gone for good.

Thank you to NetGalley and the publisher for a copy of this book in exchange for an honest review.

I have never read anything by this author before, so I was stepping into the unknown. I like to expand my horizons in what I read, and this book seemed to fit the bill. It was a quick read, and it was overall satisfying to me. I will say that it wasn’t at all what I was expecting or what I would normally read. Nonetheless, I thought that the book was enjoyable. This was a solid 3.5 stars for me. I don’t have a whole lot to say about the book in general.

The Writing
I liked the writing in this book. Center’s writing was easy to read and it flowed. I finished this book in about two hours, maybe a little less. This is because I felt that the book’s writing was working well with everything else. It wasn’t overly descriptive, and the dialogue was good as well. I think the writing was a solid foundation that the rest of the book is set on.

The Pacing
I didn’t particularly have a huge problem with the pacing, but I will say at some points the pacing left me a little annoyed. This is mostly because it felt like we were going somewhere then suddenly it slowed down again. This was a problem for me as it was slightly jarring at times. Otherwise, I think it all worked.

The Plot
The plot was far more character driven than it was action driven. The teachers and staff essentially band together to prevent their school from being changed. This was mostly the action plot with a small subplot involving our characters trying to make someone happy again. It was a simple plot, but it worked. It wasn’t convoluted because there was no need for it to be. In fact, I loved it for that reason.

The Characters
The characters are the real stars of this book. I enjoyed the characters immensely and I think that Center did a good job with them. I didn’t dislike any of the characters (okay, I did hate two of them, but because we were supposed to!) and felt that all of their development was nicely done. Much of the development we get for them has occurred off screen, except for a few moments. There is nothing wrong with that.
Underlying the characters and plot is the romance. The romance doesn’t take up a large portion of the book, and in fact, how it is incorporated is lovely. It just becomes another aspect to the characters and plot.

Overall
I enjoyed the book; I can say that much. It was a soothing read, and it was lighthearted for the most part. I laughed at a couple points and overall I enjoyed myself while reading it. There were some fun moments as well as some serious ones.