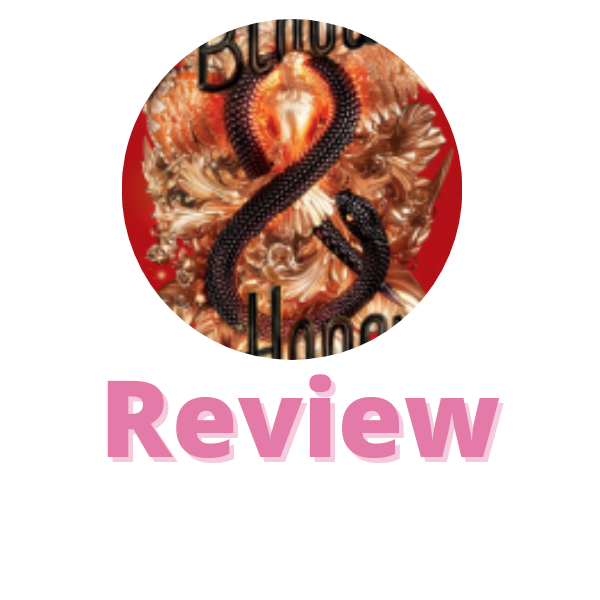 After narrowly escaping death at the hands of the Dames Blanches, Lou, Reid, Coco, and Ansel are on the run from coven, kingdom, and church—fugitives with nowhere to hide.

To elude the scores of witches and throngs of chasseurs at their heels, Lou and Reid need allies. Strong ones. But protection comes at a price, and the group is forced to embark on separate quests to build their forces. As Lou and Reid try to close the widening rift between them, the dastardly Morgane baits them in a lethal game of cat and mouse that threatens to destroy something worth more than any coven.

As you may or may not know I had (have) conflicted feelings over Serpent & Dove. The first time I read it, I wasn’t wild about it. The second I really liked it! This is my review for the book. Before I started Blood & Honey I did review S&D. I was also prepared as I read ARC reviews so I knew that it was going to be more of a filler book. But all my friends seemed to really like it despite it being a filler book, so I was prepared to go into it. It worked!!!

I didn’t get my hopes up too much and that was the right choice. The majority of this book felt like filler and acted like filler, and yet there are important moments that are clearly being set up for the next book, especially between Lou and Reid.

Speaking of Lou and Reid I have MANY mixed feelings on the way their relationship went in this book. It felt more like a backwards dance than a forwards dance. It wasn’t sitting totally comfortably with me, but I do think a lot of it was because the characters needed to go through something, and show that not everything is perfect, but also how their worlds have changed suddenly. And that it isn’t as easy as they thought to adapt. Before there was a lot going on, lots of adrenaline and action, and now that these characters have time to sit around and think…well. Things aren’t going to go perfectly. Suffice to say, I still have conflicted emotions over Reid and Lou.

Baby Ansel is back in this book, and I LOVE him to death.


Coco is awesome as well. We get to see more sides to magic in this book, and Lou is definitely struggling. So is Reid. What is going on with Lou?! Is a question you will ask yourself as you read this book. I’m still asking myself that.

This is all about trying to build alliances to save Lou and the world essentially. And this book does build up and mention important moments that will probably come back in the next book, so I liked it for those reasons. I feel like it extrapolated on previous characters and added depth to them. They’re not just one dimensional, and while there does seem to be personality changes, it seems intentional, at least in part.