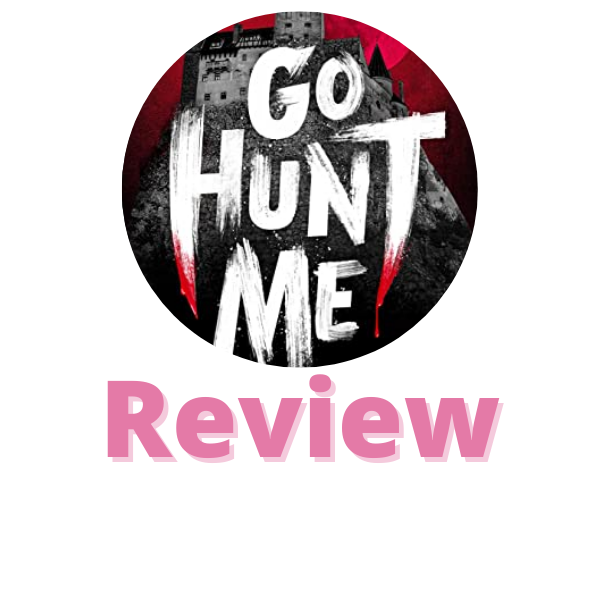 For Dracula lovers and fans of Diana Urban’s All Your Twisted Secrets, this spine-tingling thriller follows seven horror buffs as their dream trip to a remote Romanian castle turns into a nightmare when they begin to be killed one by one.

Alex Rush is ready for the trip of a lifetime.

She and her friends have made some creepily awesome films together throughout high school, so with only a few months left before they go their separate ways for college, they’re determined to make the best one yet: an epic short film that reimagines the story of Dracula, filmed on location at a remote castle in Romania.

But when they get there, it’s not quite the majestic setting they planned for. Menacing weapons line the walls, the twisted halls are easy to get lost in, and with no connection to the outside world, the group is unexpectedly off the grid. After just a few hours spent under its roof, Alex and her friends have no trouble imagining how this dark, terrifying castle inspired one of the most enduring horror novels of all time.

Only soon they no longer have to use their imaginations to understand the location’s terrifying history—just as they get the film’s first shot rolling, one of Alex’s friends disappears, and she’s nearly certain she saw a cloaked stranger lurking in the shadows. As more members of the group begin to meet an untimely demise, Alex is desperate to stop the bloodshed, even if it means facing a monster she never thought would be let loose.

Thank you to Netgalley and the Publisher for an e-arc in exchange for an honest review.

This book is going to be a huge draw for teen readers! It combines many things that are relatable: being an influencer, struggling with college decisions, getting rejections, dating, issues with parents and so on. To top it all off it is a murder mystery. A murder mystery in a Romanian castle that has to do with Dracula. Sounds intriguing right? And I think for teens it will be. In many ways the style of this book reminds me of Tom Ryan’s I Hope You’re Listening, Kit Frick’s I Killed Zoe Spanos, the Truly Devious series and the Good Girl’s Guide to Murder series. This is a YA book, however it does remind me some of Riley Sager’s adult books. For me it is almost the teen version of those. IIt goes back between present and the past (where the main events took place) and it is interspersed with Alex’s interviews with the police in the aftermath.

I found 90% of the characters unlikeable, and I don’t know if that was intentional. I also think that they were supposed to represent real teens, teens who are flawed and are jealous, who are still learning about themselves and what they want from life. So to me, this was a realistic representation of them. Even if I didn’t like them, it wasn’t like they were written badly!

The writing style is easy to follow, and this book is a fairly quick read (for me). There is a lot of build up to the actual events at the castle. But there’s a lot of tension, not knowing how we get to the end.

I guessed what was going on from the very beginning. There certainly were some red herrings thrown in, but overall I found it easy to guess. But the read itself was engaging and kept me entertained until I got to the end of the book. In some ways I wish that it had gone differently – that it hadn’t been as I expected. Alas.

This book is going to be for anyone who enjoys slasher/final girl etc types of books and movies. It definitely lands more on the horror side of the mystery/thriller aspect, so just be aware of that. There isn’t anything overly descriptive in this book (or at least not too much), but more generalized descriptions.

Overall, this book was a solid three star book for me. I enjoyed the book, but I think that teens (and tweens) will enjoy it far more than me!