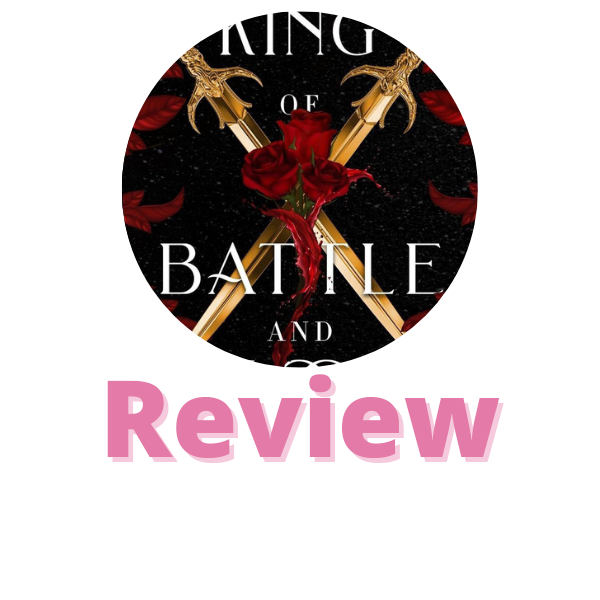 King of Battle and Blood

Their Union Is His Revenge.
Isolde de Lara considers her wedding day her death day. To end a years-long war, she is to marry vampire king, Adrian Aleksandr Vasiliev, and kill him. ⠀
But her assassination attempt is thwarted and Adrian threatens that if Isolde tries kill him again, he will raise her as the undead. Faced with the possibility of becoming the thing she hates most, Isolde seeks other ways to defy him and survive the brutal vampire court. ⠀
Except it isn’t the court she fears most—it’s Adrain. Despite their undeniable chemistry, she wonders why the king——fierce, savage, merciless—chose her as consort. ⠀
The answer will shatter her world.

I knew what I was going into when I picked this book up – and I enjoyed it. I called it From Blood and Ash Lite. I thought I was funny. Really, the only similarity is vampires and the fact that it is paranormal fantasy. With ~~~spice~~~. Which, if you know what this is going in, you won’t be disappointed. I’ve seen quite a few reviews panning this for what it is, so just be aware going in, a lot of the book is explicit as romance is the center piece of this book.

I enjoyed the book for what it was. It was a fun book to read, and while it wasn’t very plot heavy, there was enough plot that it was still enjoyable. The plot looks like it is going to really start going in the next book to be honest. This one felt more like a setup for the future books.

I liked the side characters in this story as well. Sorin was one of my favorites as well. And there were queer characters incorporated nicely, I thought.

I liked the relationship between Isolde and Adrien well enough, but at some parts I was slightly frustrated with their interactions with each other. I know there was a point to it, but some of those interactions just bothered me.

I can’t explain why I didn’t love love this book, but enjoyed it. I’m not sure what it was, maybe the characters weren’t just as fleshed out as I would like.

One thing that was supremely well fleshed out was the worldbuilding. And as we went along we learned more about the world that Isolde and Adrien live in. There is a bit of political intrigue in this book, but not too much.

There are quite a few beheadings in this book! Not super gory though, which is great for me.

If you like paranormal and spicy books with vampires then this will be a book you enjoy! (especially if you enjoyed FBAA)