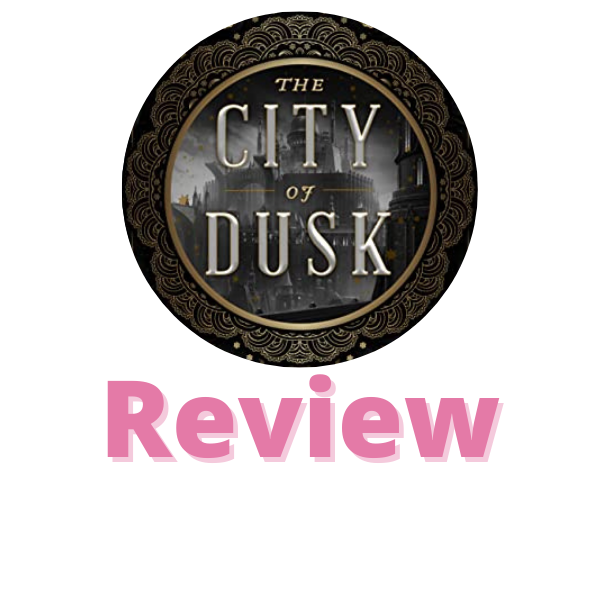 The Four Realms—Life, Death, Light, and Darkness—all converge on the city of dusk. For each realm there is a god, and for each god there is an heir.

But the gods have withdrawn their favor from the once vibrant and thriving city. And without it, all the realms are dying.

Unwilling to stand by and watch the destruction, the four heirs—Risha, a necromancer struggling to keep the peace; Angelica, an elementalist with her eyes set on the throne; Taesia, a shadow-wielding rogue with rebellion in her heart; and Nik, a soldier who struggles to see the light— will sacrifice everything to save the city.

But their defiance will cost them dearly.

Thank you to the publisher and netgalley for an e-arc in exchange for an honest review.

I love a good epic/high fantasy, and the description of this book sounded so good. And like something that I would really enjoy. As anyone knows, adult fantasy often comes with a lot of worldbuilding. It’s got the time for it, and the need for it. From the first moment we are thrown into a vibrant world, wherein not too much is explained. In this you sort of must figure things out for yourself. However, it also feels a bit on the YA side?

Compared to other fantasy books the beginning of this was quite intense, and it was the setup of the characters and their future. We dove right on it. However, once we get past the beginning the pace of the book slows down. And I felt a lot of it wasn’t necessary to be honest.

We have multiple POV characters (which I thought overall was done well), and I felt that the characters were all individualistic which is nice. They all had personalities even if I didn’t always like them. Characters don’t have to be likeable after all. I enjoyed the family relationships some of the characters had as well, such as Dante and Taesia.

The one thing I wished is that she had stuck with the same POVs throughout the entire book, and not added or dropped any at random parts. It was a lot of POVs and it did work; because it was bringing together what was to happen at the end.

We get to about 35% and the pace does pick up a little bit. We start to see more of the plot come together (and then some of the plot fall apart…and not be picked up at all the rest of the book). But the overall plot was solid, and it was quite epic.

I found certain aspects of the book frustrating. (The parts with Dante, because he and Taesia are pretty much my favorite characters).

I think this is a good start to the series, I’m still not totally sure what to make of it. Like, I liked it. I did! But at the same time I didn’t like it, and I cannot put my finger on what that dividing line is.

Yes, the ending was epic. But some of the buildup just wasn’t there for me the way I wanted it to.

I really enjoyed the writing in this book; I think it was superb, and I think Sim is a great storyteller. I just don’t know if I just wasn’t vibing with this book…or something else. Either way, I think this is a series I may or may not continue. And as I mentioned previously, this book reads more YA than adult.

2 thoughts on “City of Dusk”