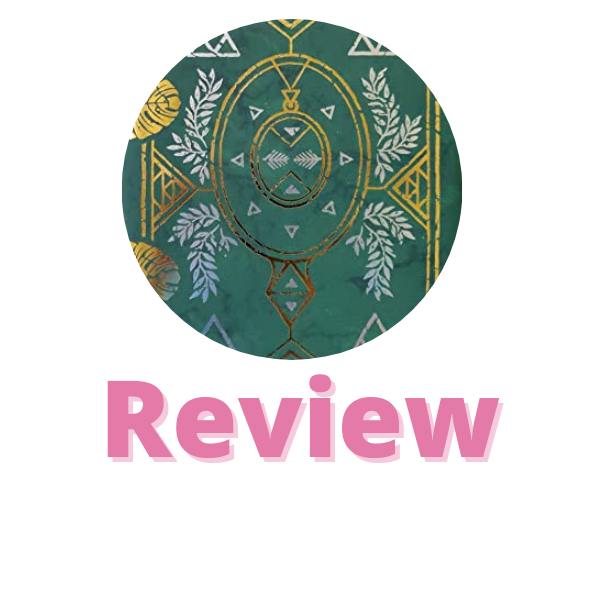 This Jamaican-inspired fantasy debut about two enemy witches who must enter into a deadly alliance to take down a common enemy has the twisted cat-and-mouse of Killing Eve with the richly imagined fantasy world of Furyborn and Ember in the Ashes.

Iraya has spent her life in a cell, but every day brings her closer to freedom – and vengeance.

Jazmyne is the Queen’s daughter, but unlike her sister before her, she has no intention of dying to strengthen her mother’s power.

Sworn enemies, these two witches enter a precarious alliance to take down a mutual threat. But power is intoxicating, revenge is a bloody pursuit, and nothing is certain – except the lengths they will go to win this game.

Witches Steeped in Gold was one of my most anticipated reads, so no one is sadder than I am that it didn’t work for me. I have the Fairyloot edition which has a gorgeous cover. Absolutely stunning, and yet…the inside of the book didn’t work for me. There were a lot of things that this book had going for it, and so I’d like to start off talking about the things I did like in this book, rather than the ones that I didn’t. I’ve struggled to put into words about what I didn’t like in this book, and that’s been a challenge. I think the easiest thing to say is that it just ended up not being for me.

But first, the good:

The diversity. This was a cast of Black characters. There was a lot of diversity in this book, and it was done well. It was also Jamaican inspired. All of that I think was done well, I didn’t feel confused or anything like that as I read, I will say things were explained reasonably well in the text in terms of names etc. All of that was fine. As with any fantasy book it takes a minute to figure out the concepts that may not be explained outright. This leads into the second thing I enjoyed about this book.

The worldbuilding. The worldbuilding in this book was fantastic. It was full and realized, and I could not have asked more from it. Smart did such an excellent job creating this world for these characters to exist in, and she used the diversity and her own knowledge to create that world. I was blown away by all the detail that she included in the book for the world.

And honestly? I think that this book could have rocked my socks off. Now I’ll talk about the things that didn’t work for me in this book.

The writing style wasn’t my jam, and I think that was the bottom line for me. If the writing style doesn’t work, I’m probably not going to enjoy the book. I really struggled, and I pushed through to finish the book because I wanted to like it so much. But it just didn’t work for me.

The books pacing is also…not good. It’s so slow, and so bogged down that it doesn’t work. But that’s what I meant about the world building, very well down, but it wasn’t incorporated right. The pacing though was a big issue for me.

And the plot…I honestly don’t know what was going on with that plot. I still don’t to be honest. I’m confused. I’m just going to leave it at that.

I waffled back and forth on the characters, but I didn’t like them. I didn’t find them terribly compelling…anyways…I wish I liked this book more. I’m sure others will enjoy this more than I did!