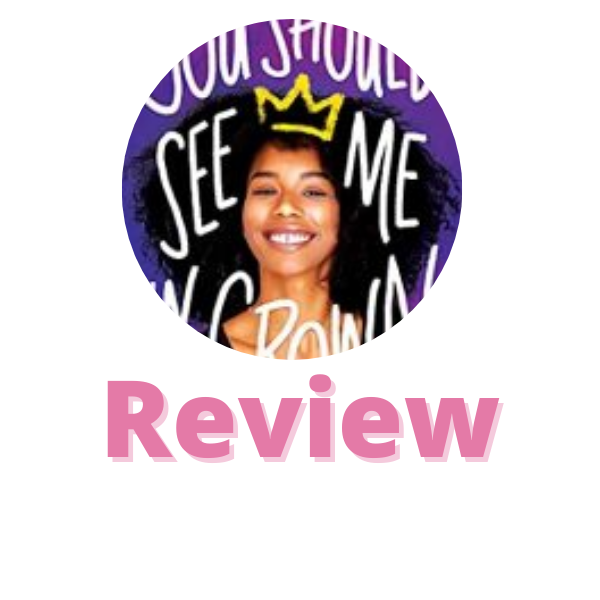 You Should See Me in a Crown

Liz Lighty has always believed she’s too black, too poor, too awkward to shine in her small, rich, prom-obsessed midwestern town. But it’s okay — Liz has a plan that will get her out of Campbell, Indiana, forever: attend the uber-elite Pennington College, play in their world-famous orchestra, and become a doctor.

But when the financial aid she was counting on unexpectedly falls through, Liz’s plans come crashing down . . . until she’s reminded of her school’s scholarship for prom king and queen. There’s nothing Liz wants to do less than endure a gauntlet of social media trolls, catty competitors, and humiliating public events, but despite her devastating fear of the spotlight she’s willing to do whatever it takes to get to Pennington.

The only thing that makes it halfway bearable is the new girl in school, Mack. She’s smart, funny, and just as much of an outsider as Liz. But Mack is also in the running for queen. Will falling for the competition keep Liz from her dreams . . . or make them come true?

I’ve been excitedly waiting to get my hands on a copy of this book, so I was so pleased when I did. I’d heard nothing but good things about it, and they were all true. It definitely lived up to my expectations and it was truly a delightful story. There is something to be said for a book that gives you so much and does it well! I felt that this book hit all the right marks and is a four star read. It is one I have already suggested that my library buy. So, what are the things I enjoyed about it?

Well, I generally hate prom oriented books. They’re not my favorite in the world. But I liked how prom was tackled in this one. I thought it was well done and delightfully created. I think using prom as a theme for the book was a great choice because it is so relevant to many teens around the US and elsewhere. Or any dance. There is nothing quite like prom. So first off, this book made me enjoy a book with a prom theme!

Second, I liked Liz. Liz is a fantastically relatable character in many respects, and will be more so for people who identify with her. While I didn’t face any of the same challenges she did (nor did I get as good grades!) she feels like the way a normal teen these days would act, or would be. She just flew off the page and felt vibrant and alive. It was wonderful to see Liz and her growth and her strength. She’s an amazing character and I think a great role model for girls.

What else was great? The friendships in this book. The rise and fall or the fall and rise and all the aspects therein. I felt Liz had good, complicated relationships with her friends. I think so many books either put the main character into one of two camps: popular with friends or unpopular with no friends. This book seems to strike a balance between that without feeling odd. It felt rather natural, including the issues people do have with friendships. I did think the friendship drama in this was a little odd – especially in regards to Gabi, but in the end, I think it worked out.

I loved the writing in this book! I think it was well written and easy to read. I blew through it in under three hours and just soaked it up. It felt like one of those feel good summer reads that leaves you sighing after and just enjoying. I love those type of books!

3 thoughts on “You Should See Me in a Crown”